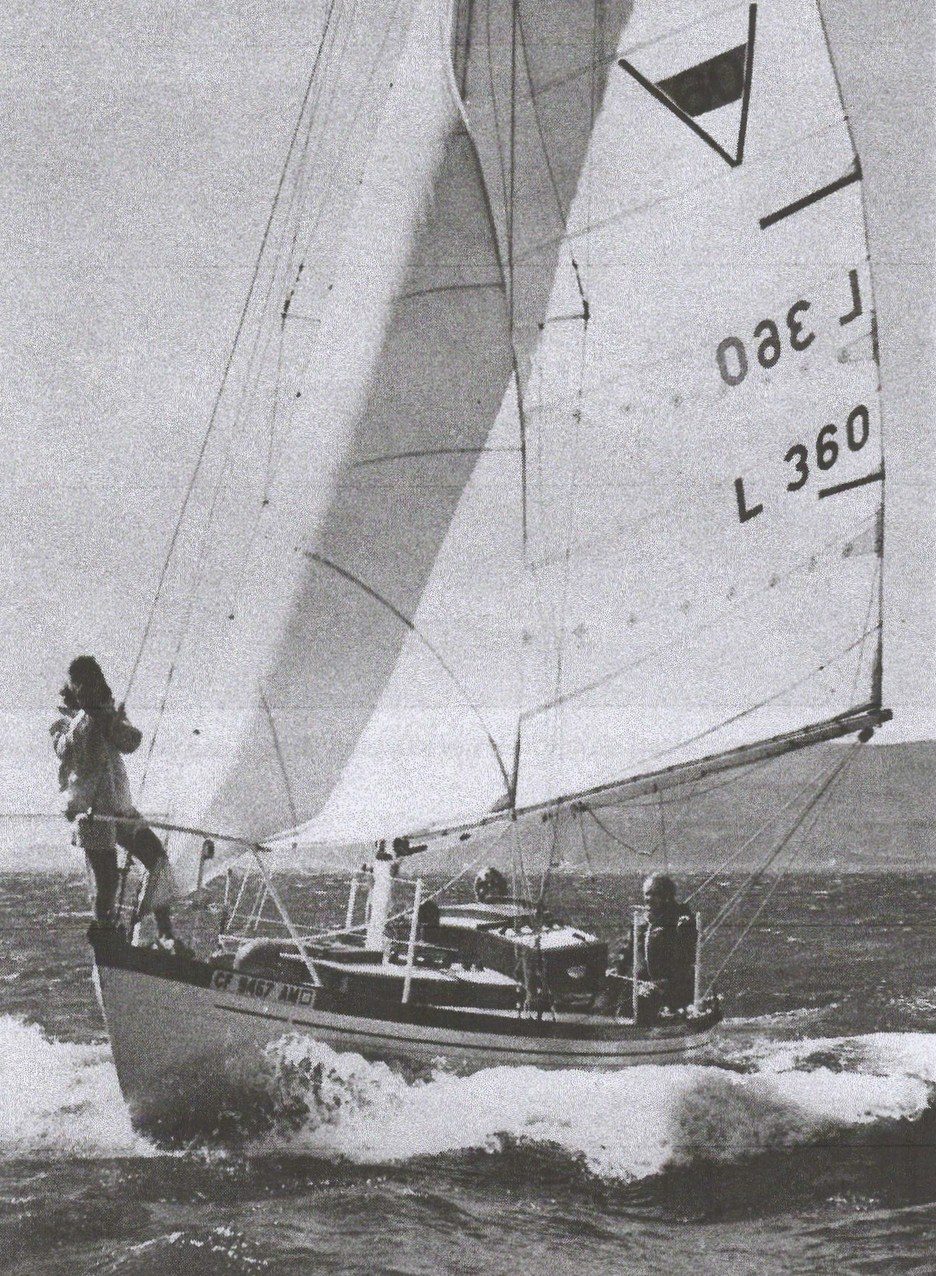 Ariel II was built three years after Bettina by Cheoy Lee Shipyard in Kowloon, Hong Kong.  Built to the single window, short doghouse version of the design these boats pre-dated the series of Cheoy Lee Vertues that were to follow into England in the early 1960’s.  All but one of these boats, Hoitak, had the longer doghouses. 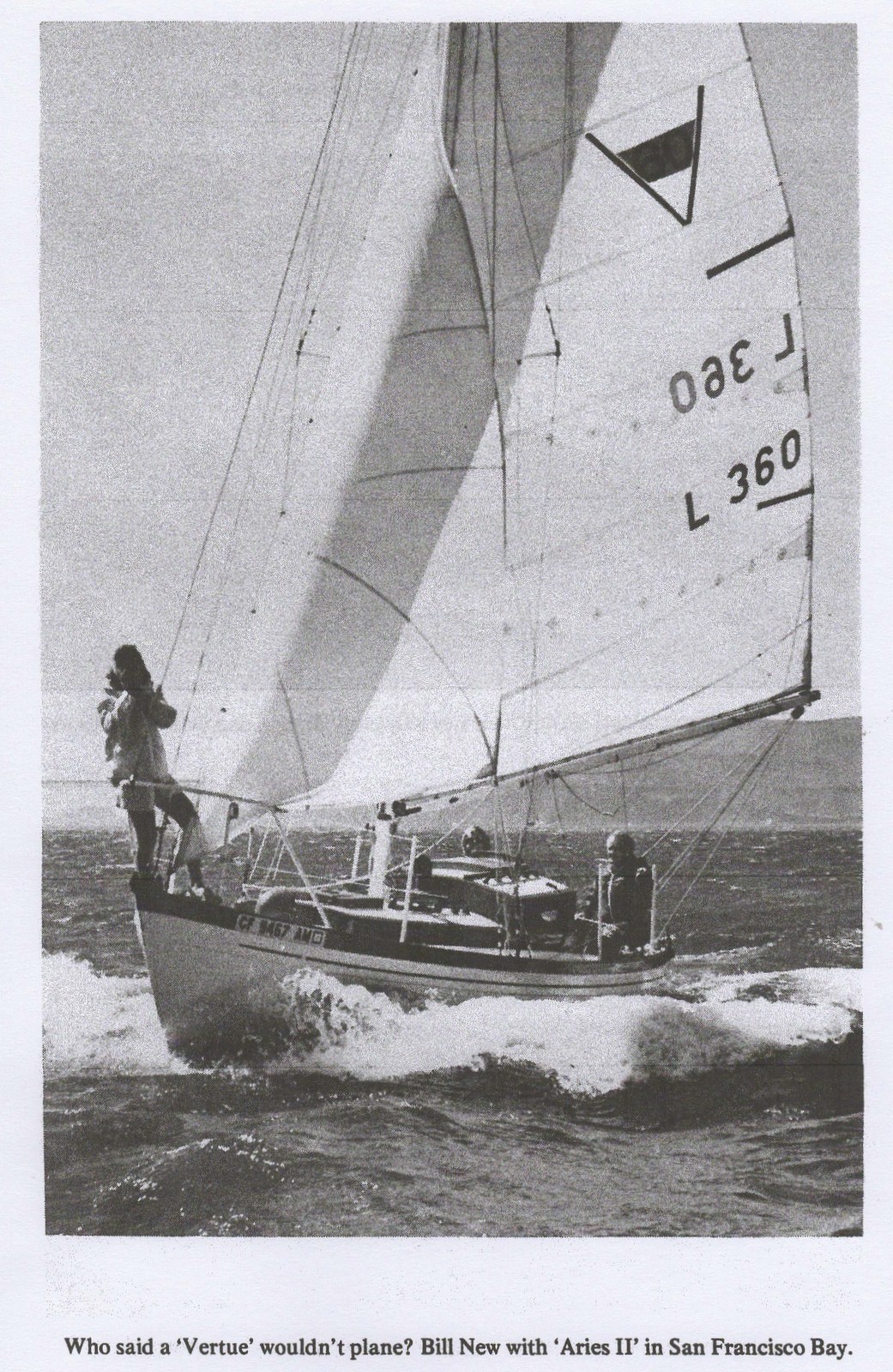 Aries II was immortalised by this memorable image of her swooping across San Francisco bay that Peter Woolass chose to use in his splendid book Vertue that he first published in 1973.