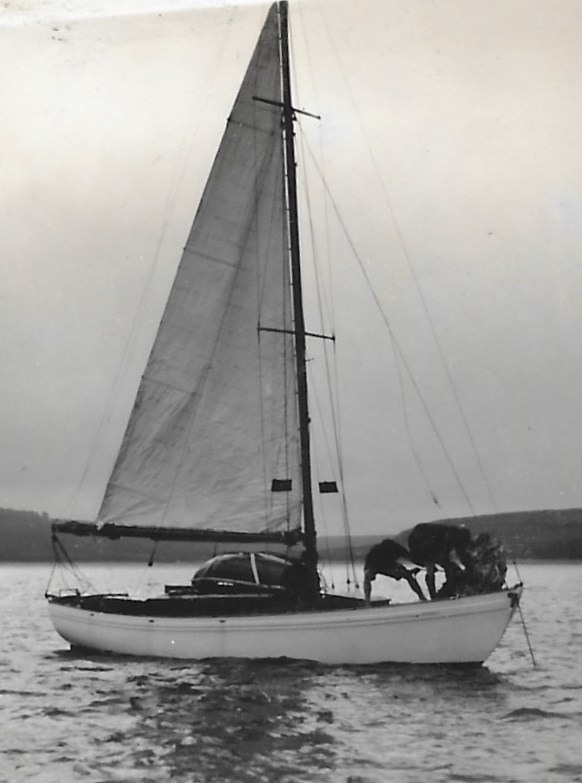 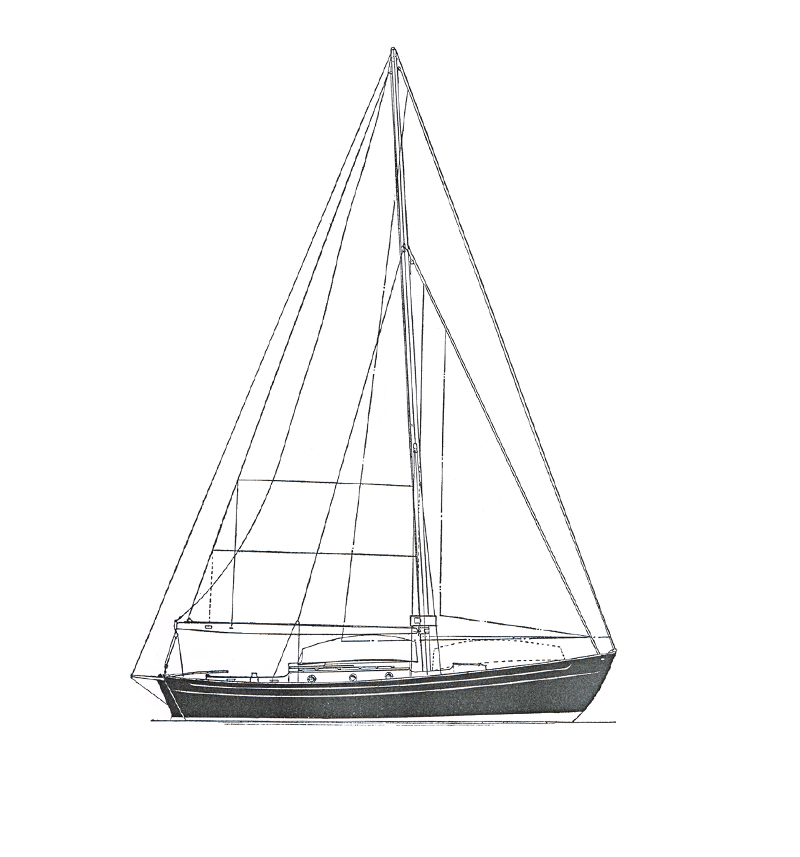 This modified masthead sloop rig first appeared in these ‘five tonners’ on Sally ,V2. This highly logical solution for easier handling of hanked-on headsails was used by the Giles practice in a number of designs. As it appeared to be neither a cutter nor a sloop it earned the unfortunate description of the ‘slutter’ rig, which we will avoid using in the future. Both heads’ls were never intended to be used at the same time, so the rig was never designed to be used as a cutter.

Epeneta was almost certainly built to the second ammended drawings after Andrillot for the construction of Monie.  However she was said to be a few inches longer ‘in order to be able to race across the Channel’. 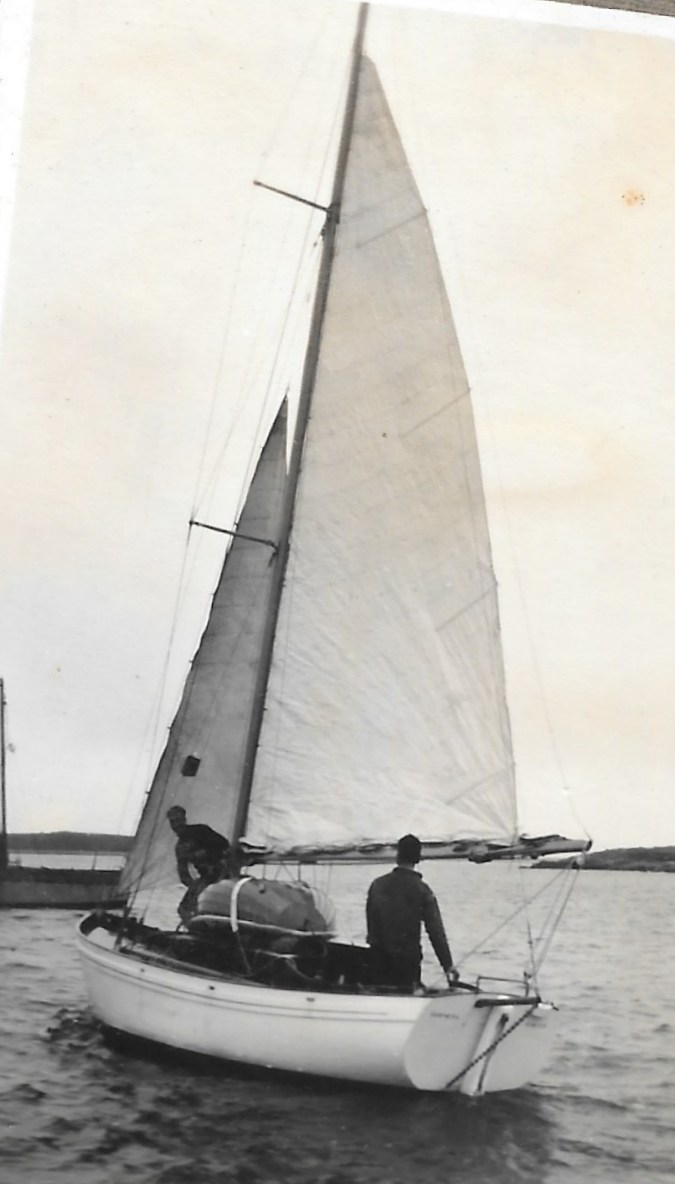 In 1939, only a few months after she was launched, Lawrence Biddle and his crew Tony Hills, completed a remarkable, engine-less cruise from the Solent to southern Brittany.  They went as far south as Le Palais on Belle-Ile, before returning to Cowes via Camaret and Brixham.   The log of the cruise won the Vertue Cup, awarded annually for the best cruise of the year by a member of the Little Ship Club.  The cup had been presented to the club by one of the founder members, Michael Vertue in 1927, a year after the club was formed.

Subsequently, it was decided to provide the growing number of these five-tonners with a class name, and after 1946 they became known as the Vertue Class.

Sadly, Epeneta was eventually caught out in storm force winds to the southwest of Portugal in 1972.  Her Canadian owner was taken off by a Russian merchant ship and it was presumed that the boat foundered shortly afterwards.

I am delighted to say that Lawrence Biddle, the original owner’s son, has recently, very kindly, sent me these photos of Epeneta.  They show the classic ‘early Vertue’ hull form and short, low doghouse, enabling the dinghy to be stowed upon it.