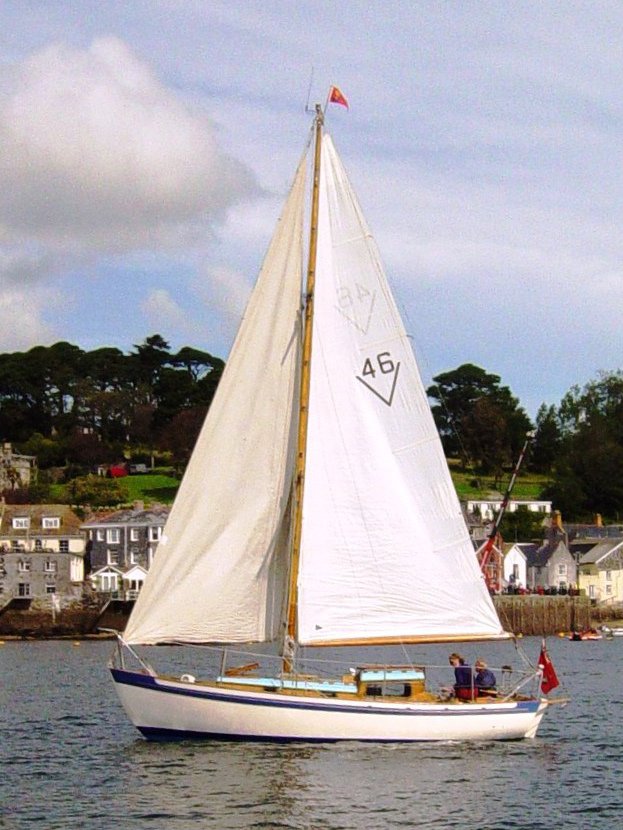 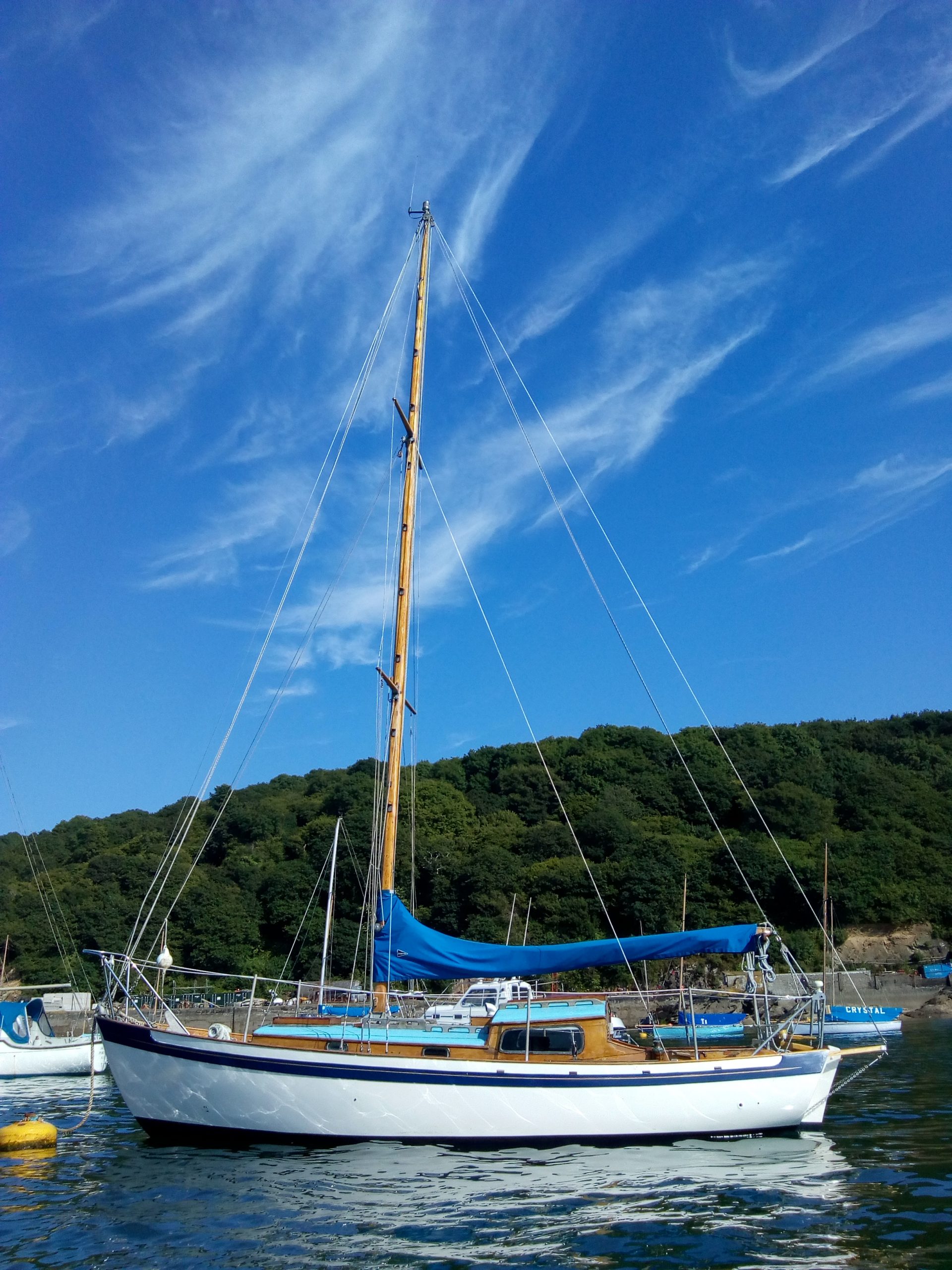 DOONE is a classic example of a 1950’s built Vertue.  She was probably built to the Kishti drawings with the slightly higher freeboard than that of the earlier Monie drawings.  She has the short cockpit, short doghouse layout on deck and the full masthead bermudan sloop rig with inner forestay, running backstays and single standing backstay to a boomkin.  Close sister ships include Vertue xxxv and Owendo V 17. 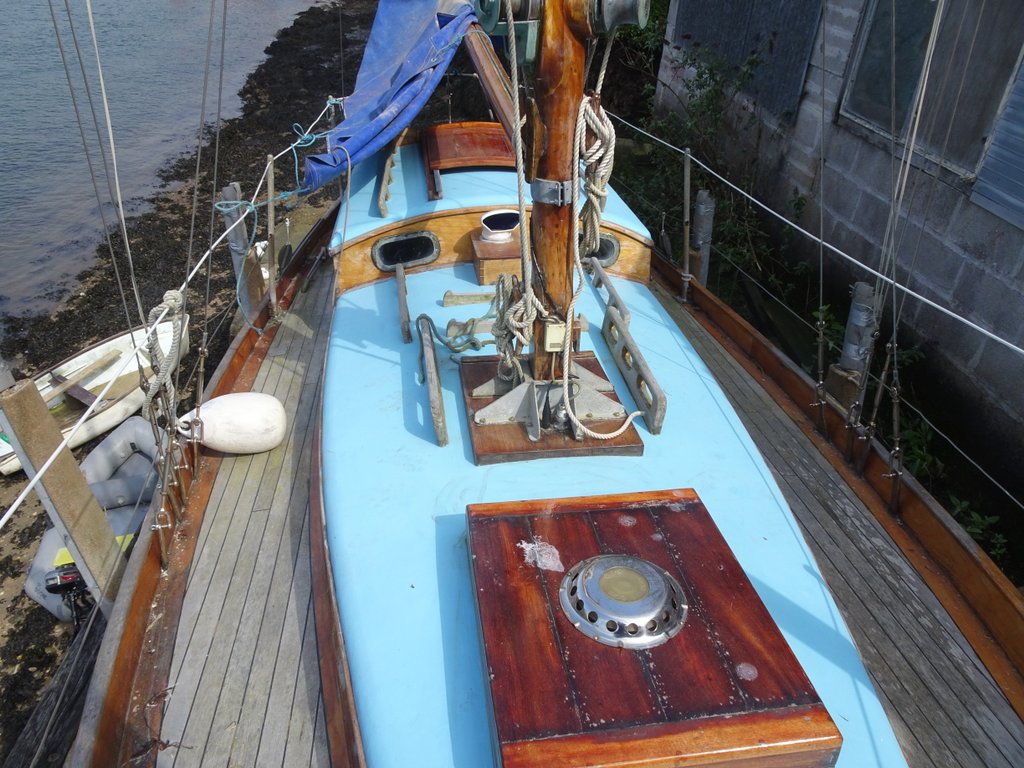 Doone is unusual in having a fine teak laid deck. 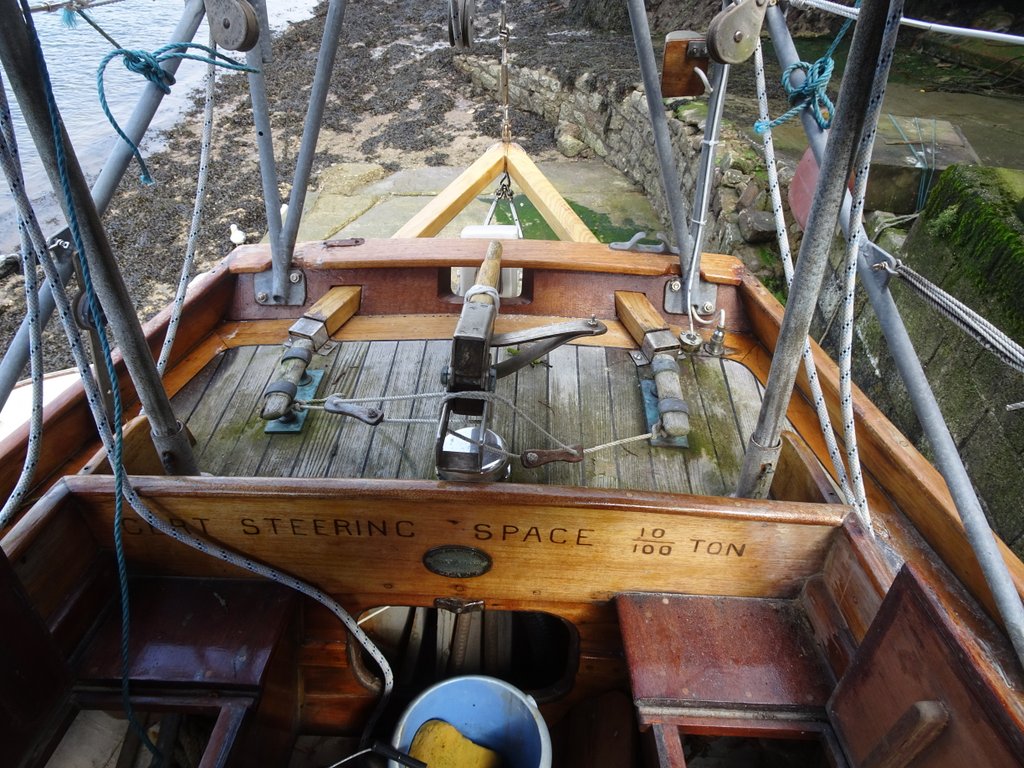 By the time Doone was built in 1952 the old single boomkin had been replaced by this standard ‘bifurcated’ arrangement. 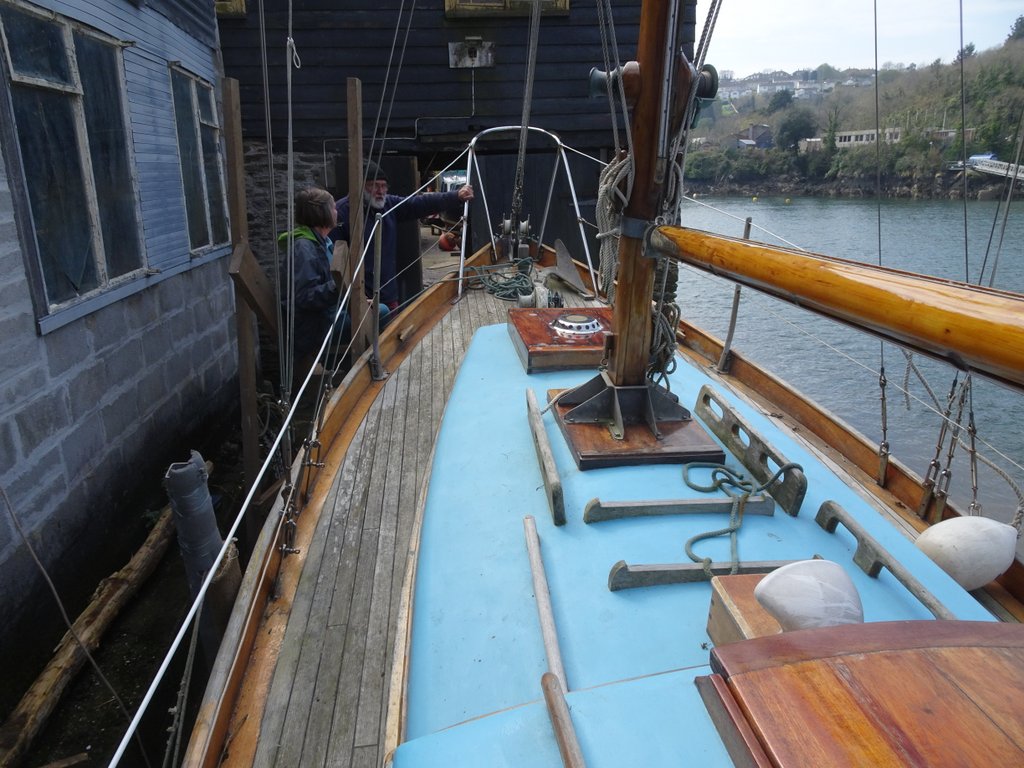 The mast is stepped in the usual galvanised fitting, on a pad on the coachroof, which is supported down below by the bulkheads, posts and knees between the saloon and focsle.  In most Vertues this carefully designed support system is unobtrusive and barely noticeable.   The side decks are just wide enough but the practicality and sense of security provided by the toe-rail and capping are the predominant feature.  The scantlings are heavier than usual in boats of this size which is in keeping with their working boat lineage.