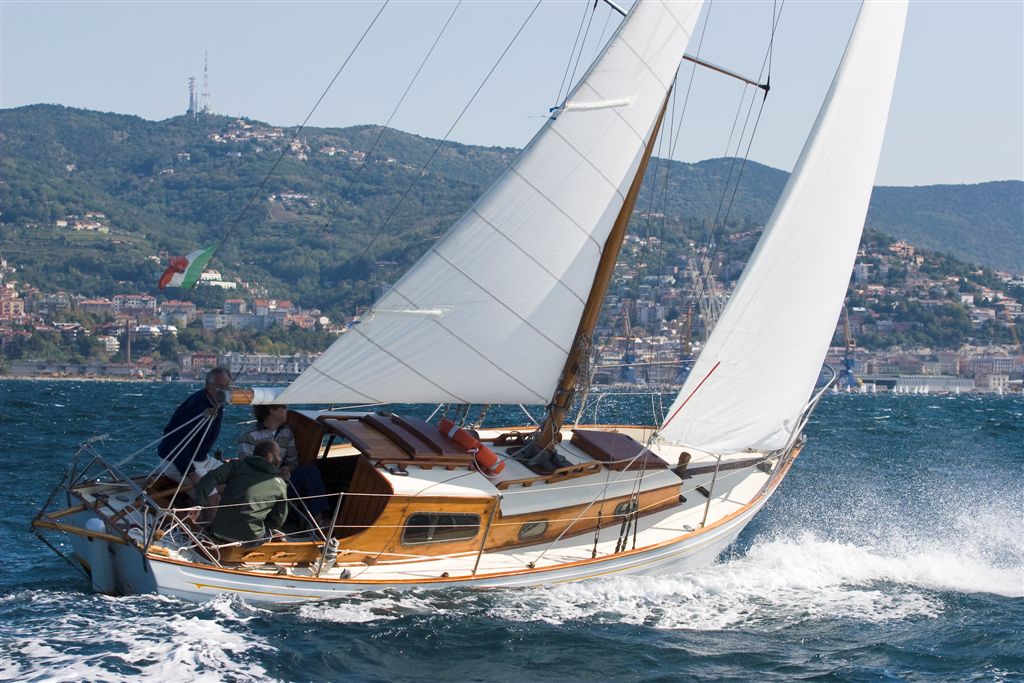 Vertue xxxv is one of the  most famous boats of the class because of the outstanding passage from England to New York that she completed in 1950.  Her owner, Humphrey Barton, was a partner at Jack Laurent Giles’ design practice and saw the opportunity of sailing to the USA to publicise their work.  With Kevin O’Riordan he drove the boat westwards against several westerly gales and wrote a best-selling book about the passage which became a classic of its kind.  The boat was damaged by the last, hurricane-force, wind but was repaired and remained on the east coast of the US for many years afterwards.  She was later shipped to Italy in 1997 where she has remained. 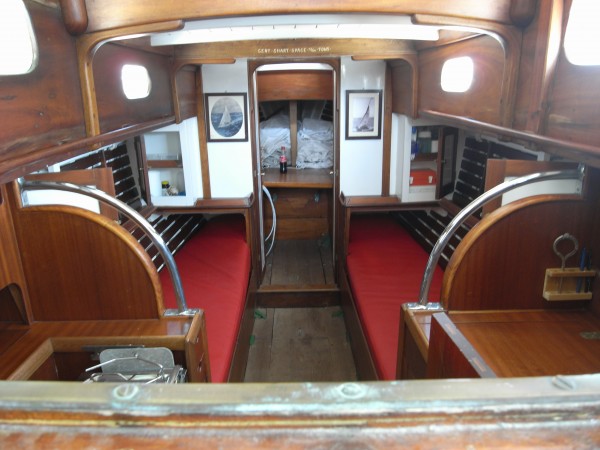 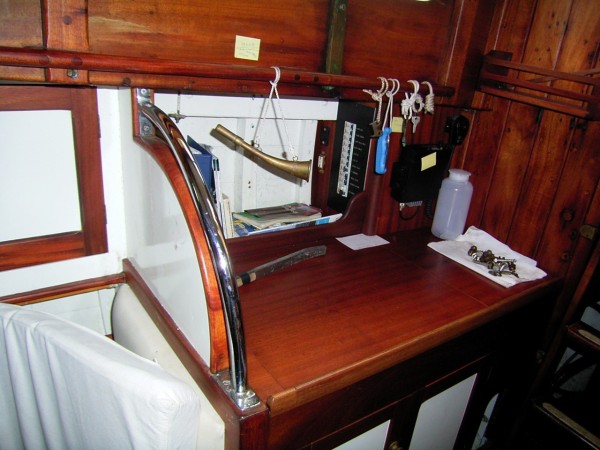 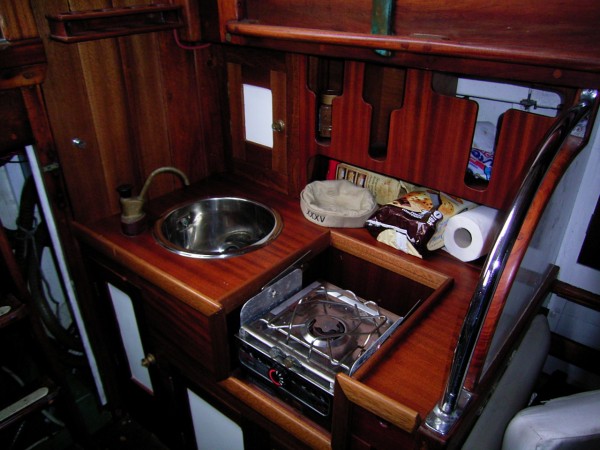 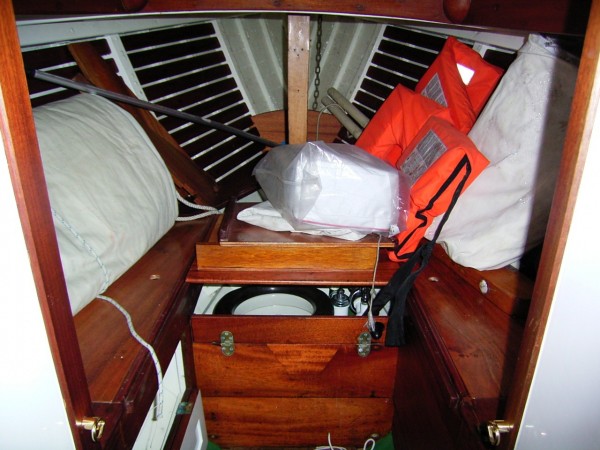 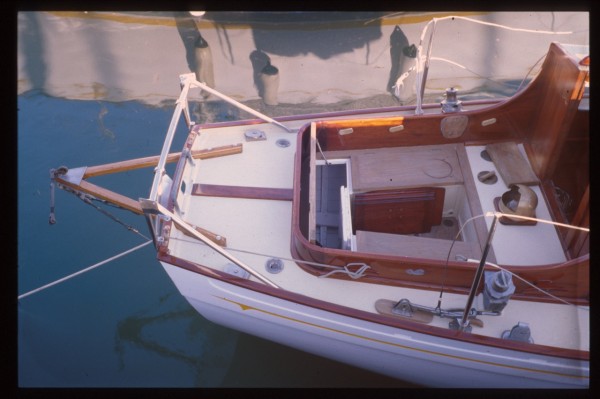 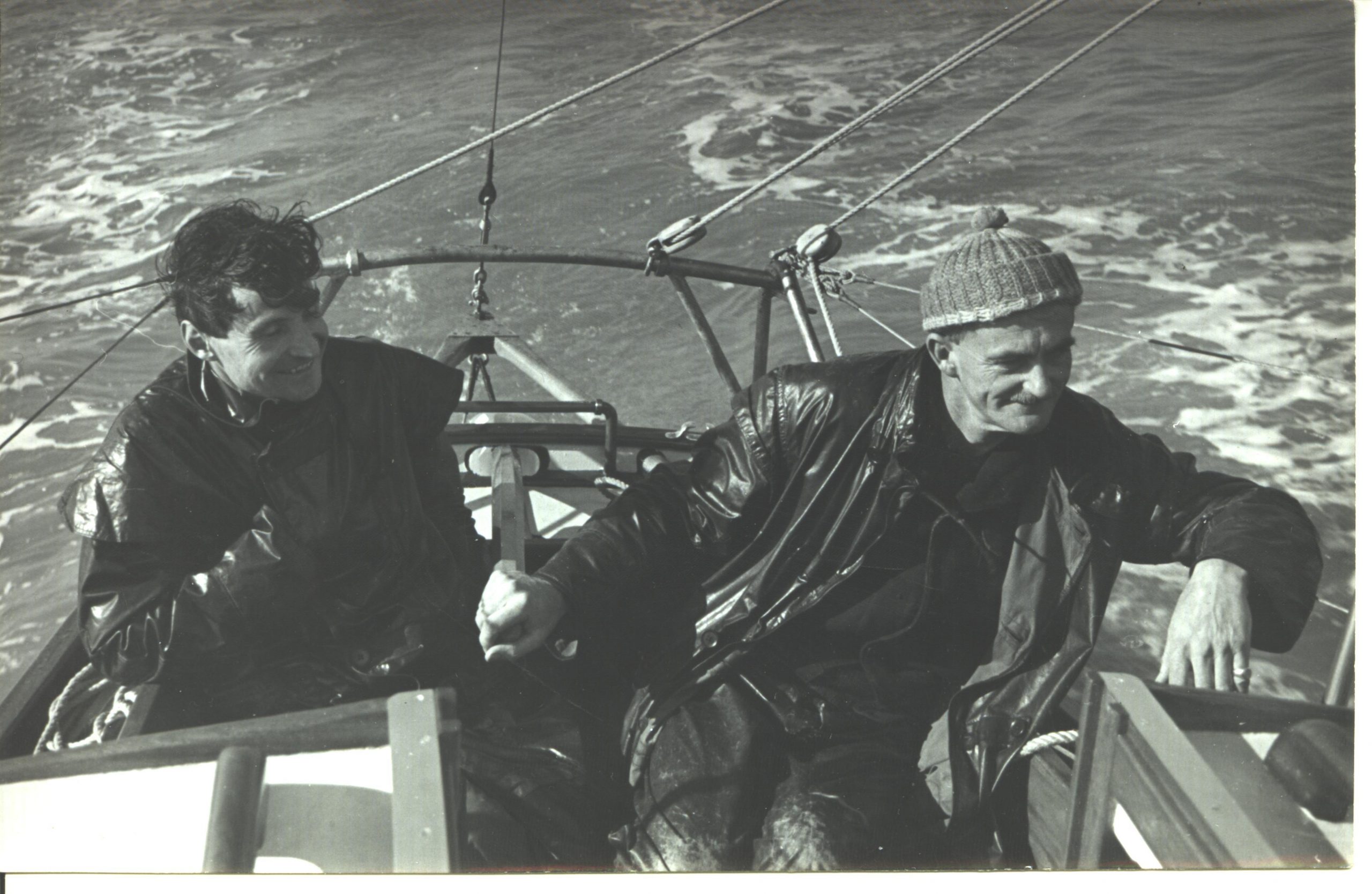 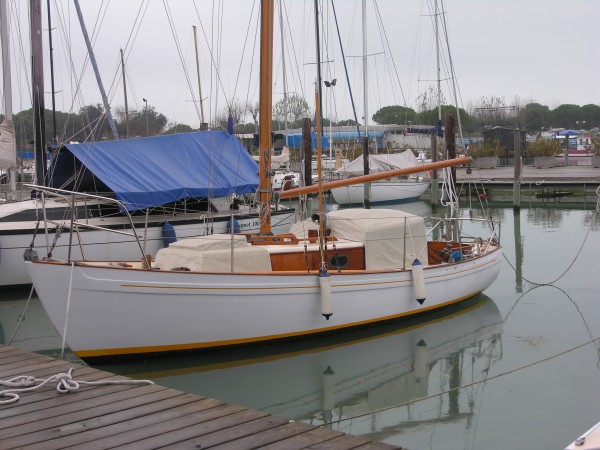