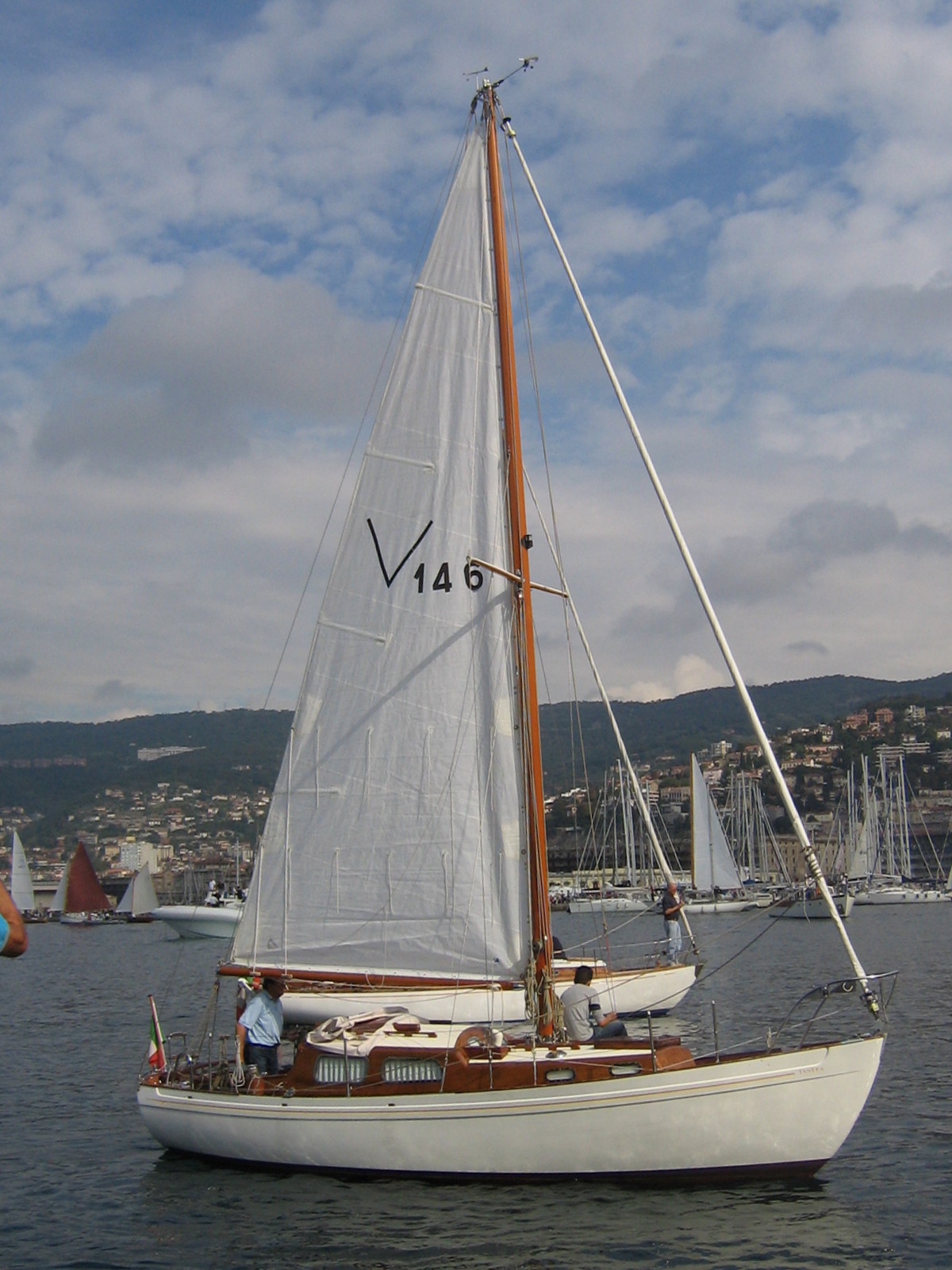 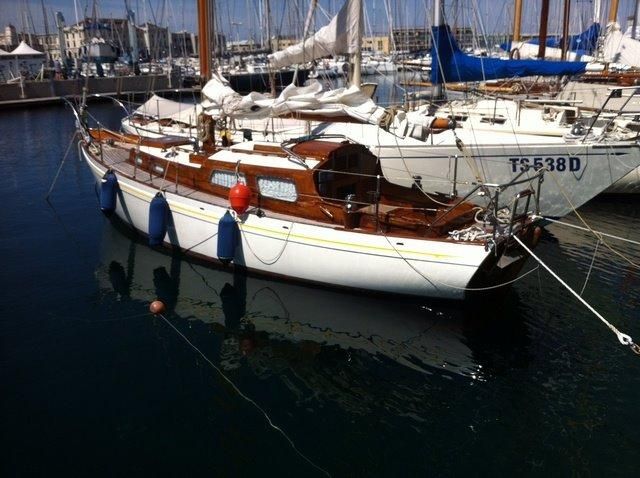 Tanera was beautifully built by the celebrated shipwright John Perry to a very high standard. 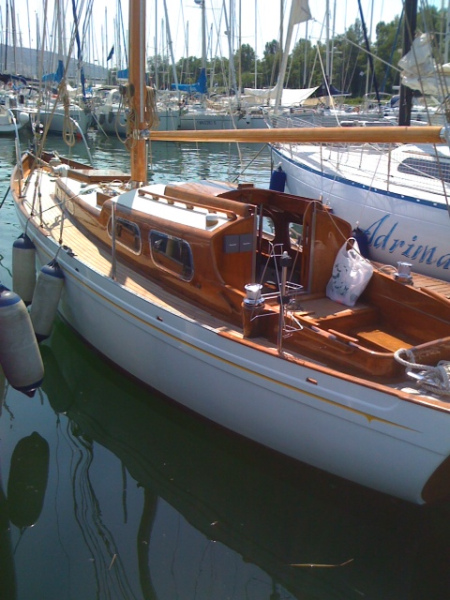 Named after a Hebridean island, Tanera is now based in sunny Italy.  She has had a significant refit recently and could now be said to have been ‘updated’ to a simpler masthead rig with a single heads’l set on a permanent furler.  Opinions are divided about this arrangement compared with the more usual double heads’l arrangement, and it shows a healthy disregard for any over-preciousness that might otherwise prevail amongst Vertue owners.  Rigging choices are a very individual matter and depend to some extent on the particular type of sailing that is envisaged for the boat.

John Perry completed Tanera at Chris Waddington’s Cosham yard after falling out with the yard in which he had started building the boat.  She is currently based in Livorno on the northwest coast of Italy but is now for sale.   Her previous owner, Andrea Michelazzo kept her in Trieste for five years from 2012.  In 2007 she joined the Vertue ‘Adriatic Fleet’ and was then owned by Marco Milani who was the CEO of Indesit.