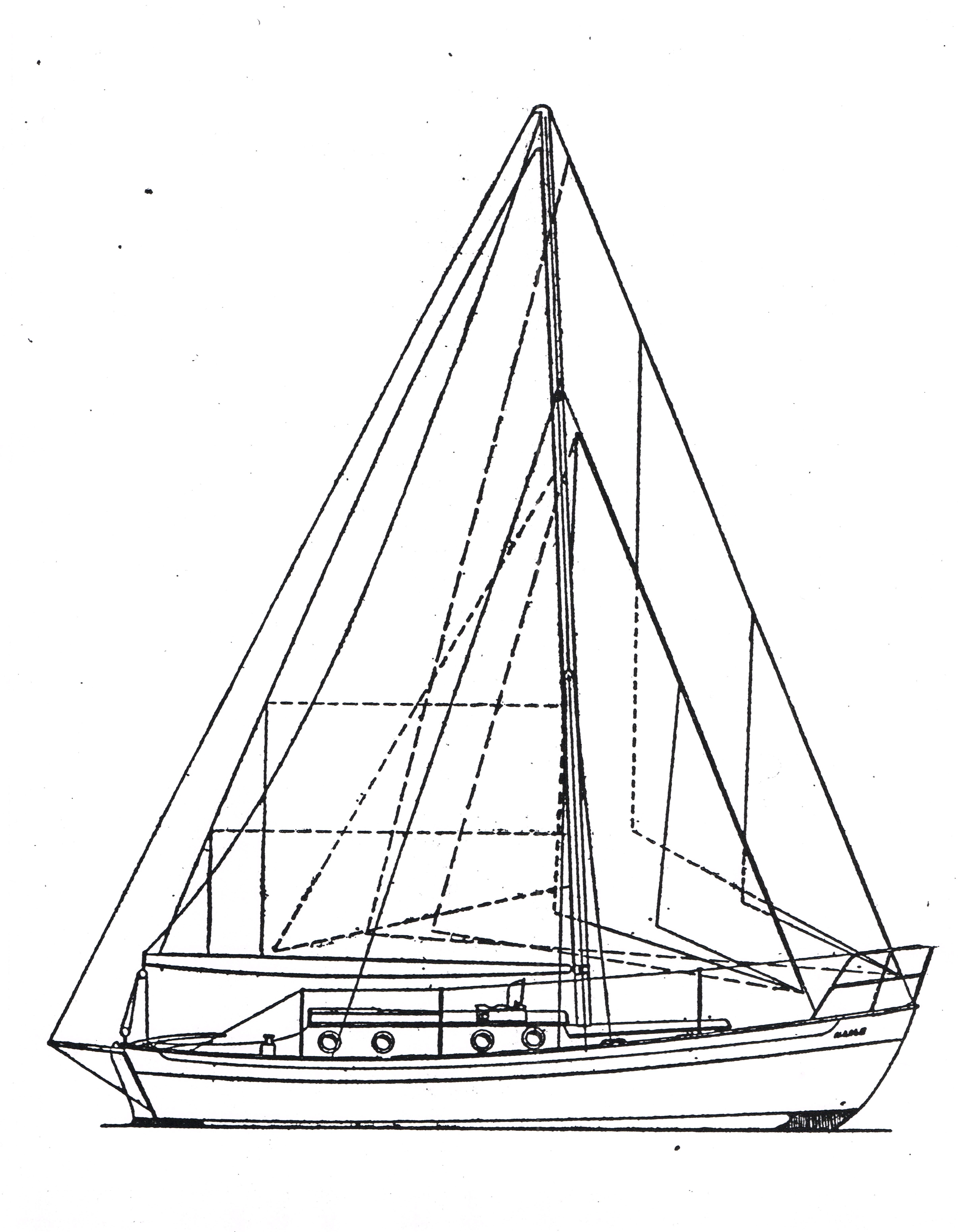 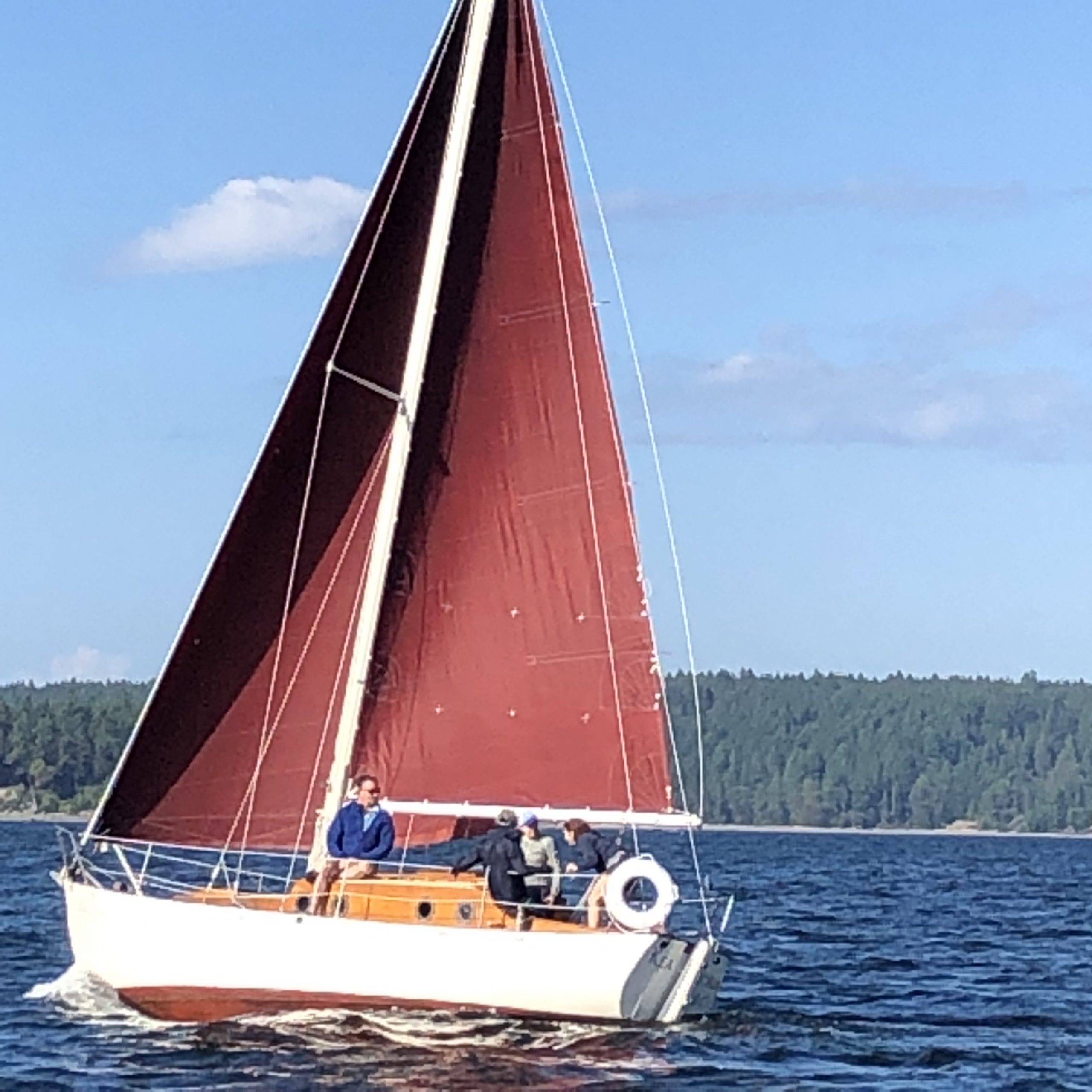 Kea under way.  It can be seen that she has a simplified masthead sloop rig with furling genoa instead of the cutter rig with which the original ‘ocean’ Vertue was designed, as shown in the introduction drawing for this boat. 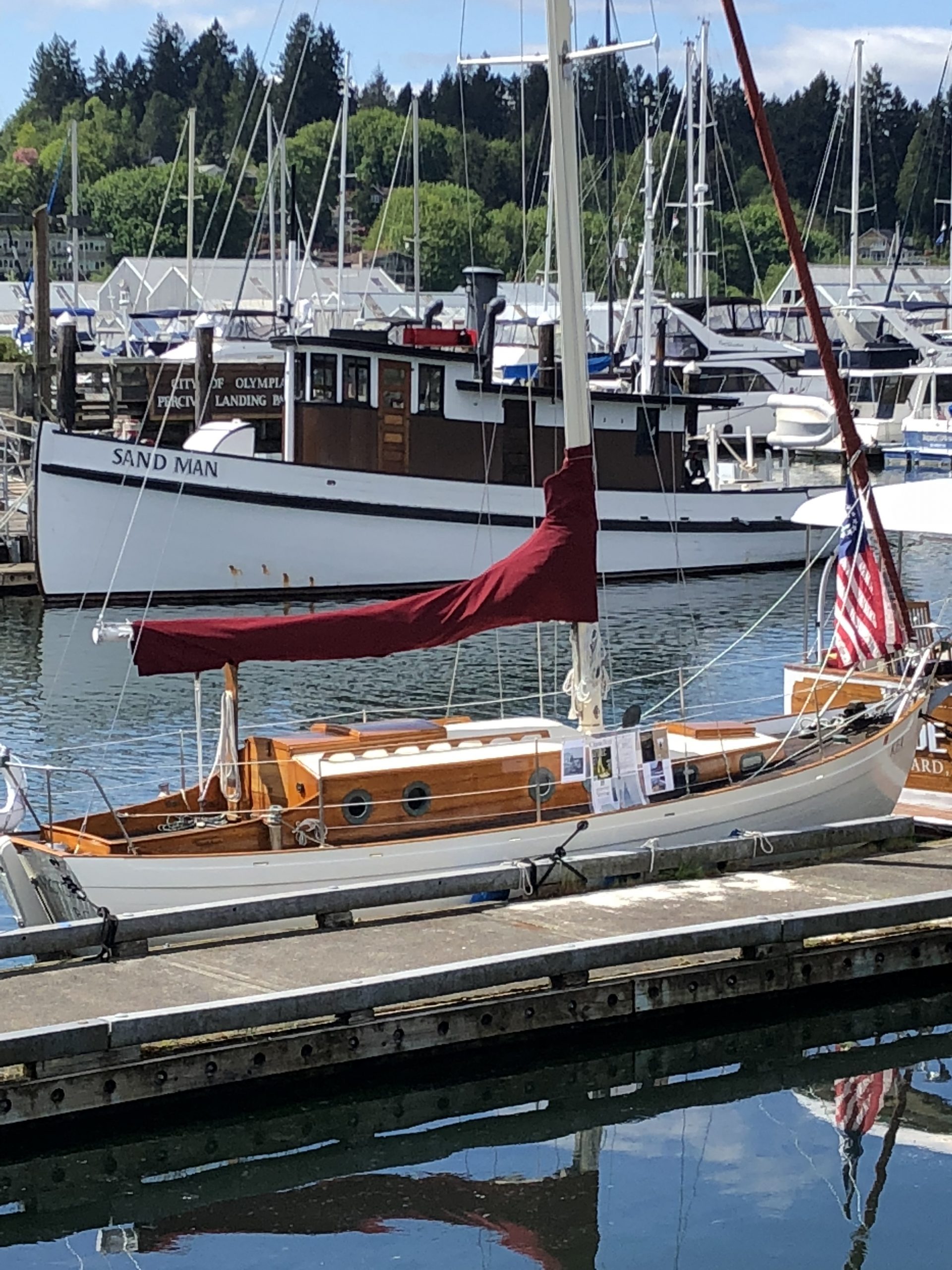 Kea is a beautiful ocean Vertue based in the US Pacific northwest. 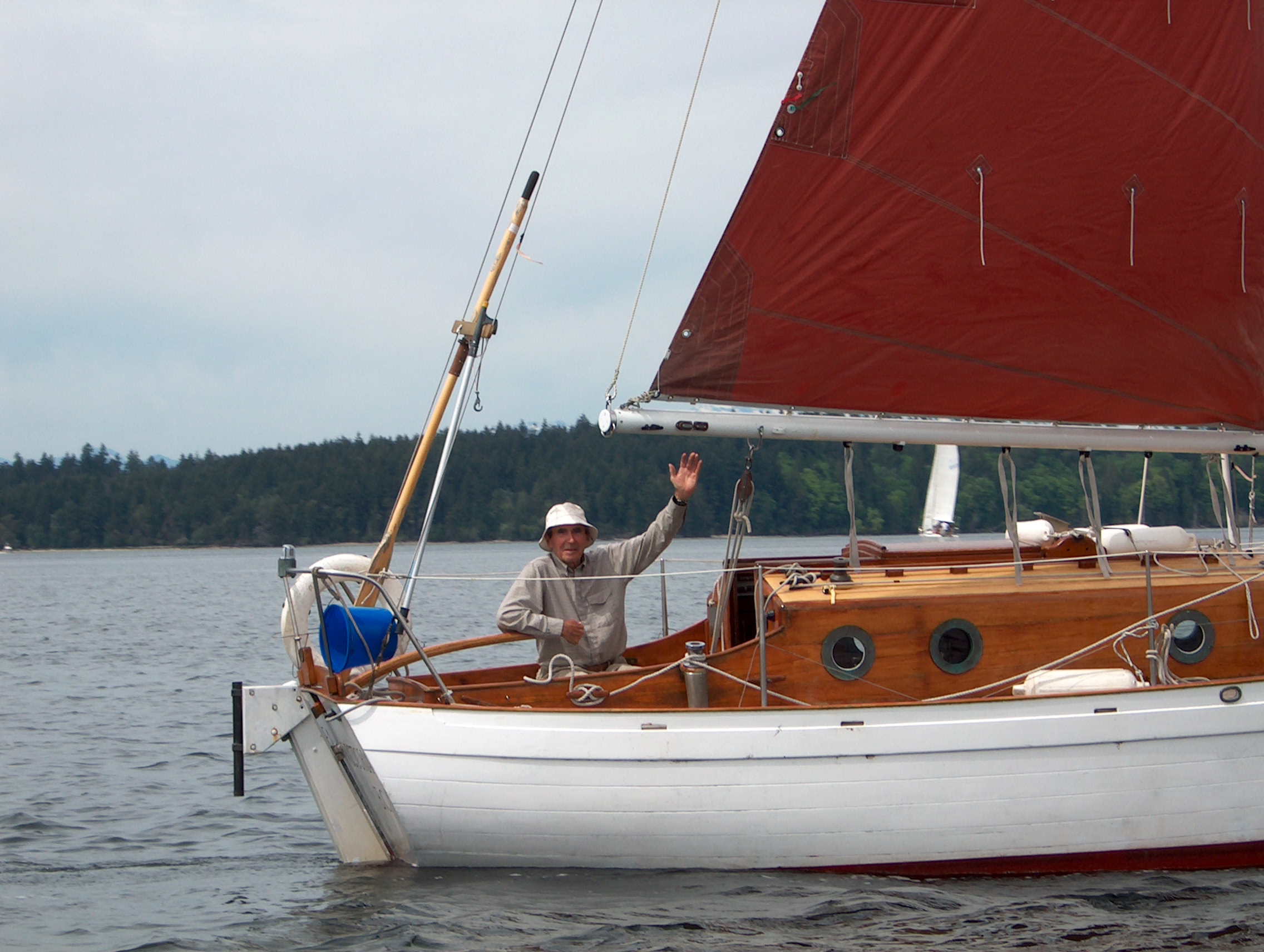 Kea sailing in her local waters.  She became the heroin of Sam MacKinney’s delightful book about the British naval explorer Captain George Vancouver, in whose wake they sailed, tracing the route of his famous voyage during the early 1790’s.  This resulted in the charting of large parts of the intricate channels and passages between Vancouver Island and the northwest mainland of the American continent.  See the Books section on the home page. 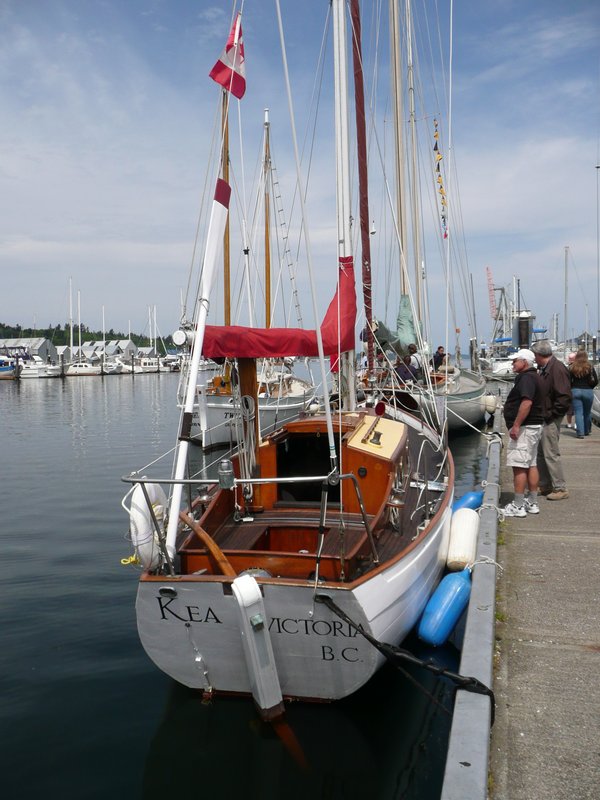 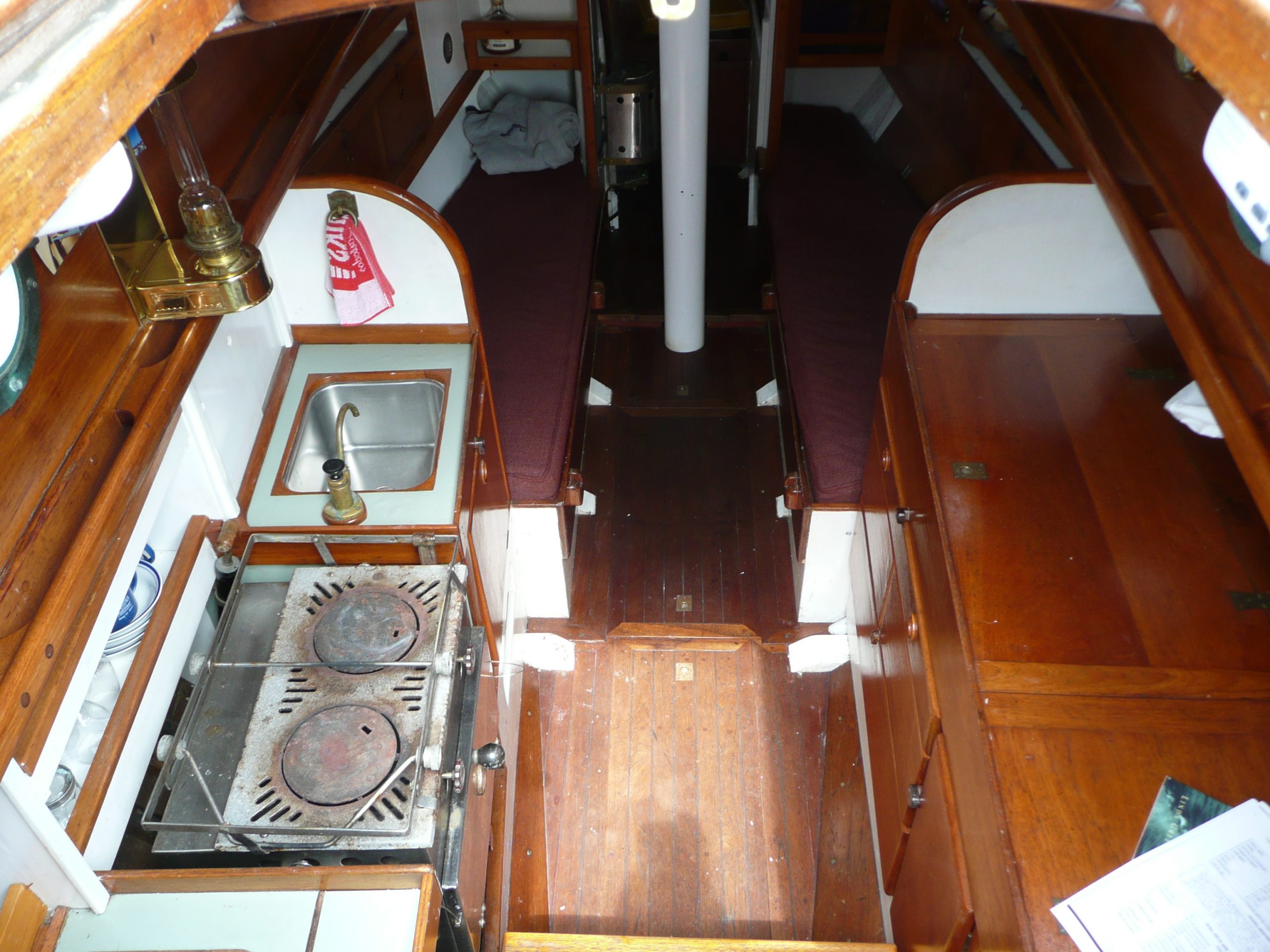 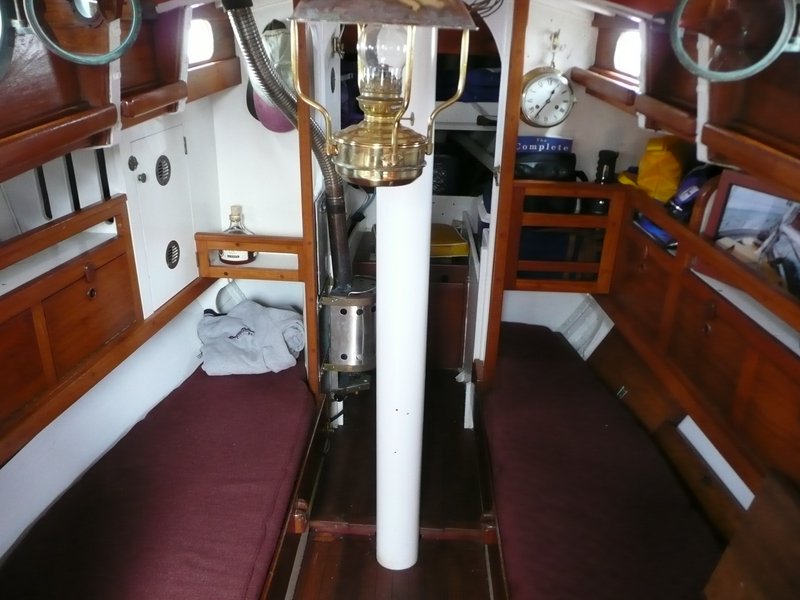 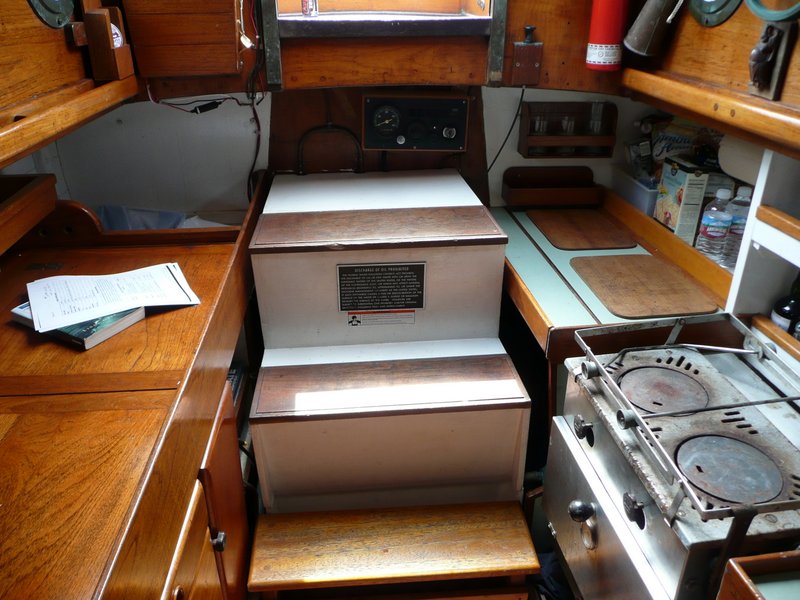 The ultimate Ocean Cruising layout of this type of Vertue.   They were conceived alongside Wanderer III in 1950 and are smaller versions of the Hiscock’s favourite boat.  The layout below shows the longer galley and chart table area compared with the usual Vertue layout, and the for’d saloon bulkhead is consequently further forward, leaving the keel stepped mast providing a substantial feature in the living area.