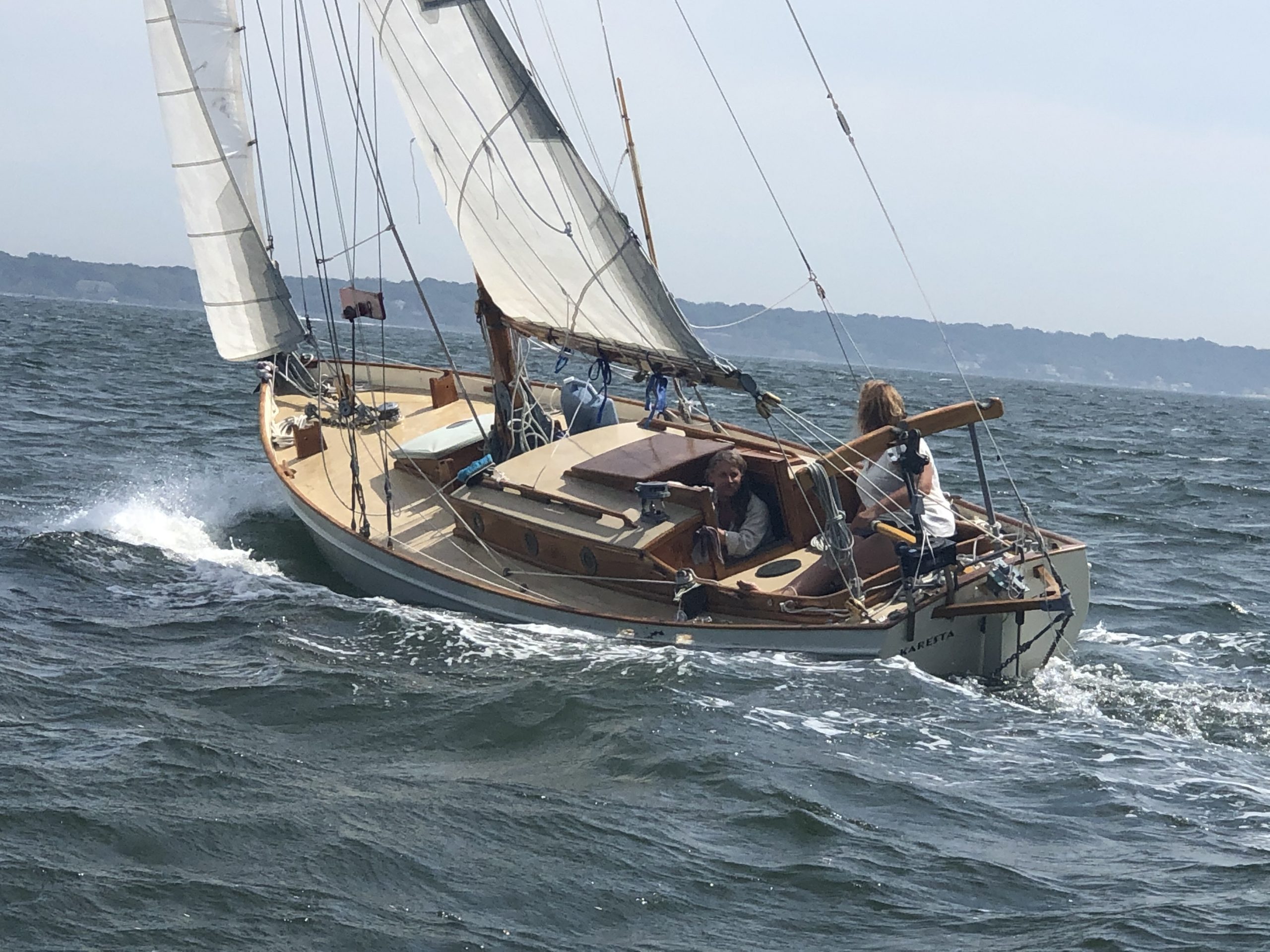 Maid Meriel was built by Harry King at the end of the War alongside the famous Giles boat Peter Duck.  She is now called Karesta Ferida.   She was built as the last of a series of boats both before and after the War, to the ‘Monie’ revised drawings like her other close sisters without dog houses.

However both V30 Island Spell, and V31 Wellow Maid were also built to those drawings in later years. 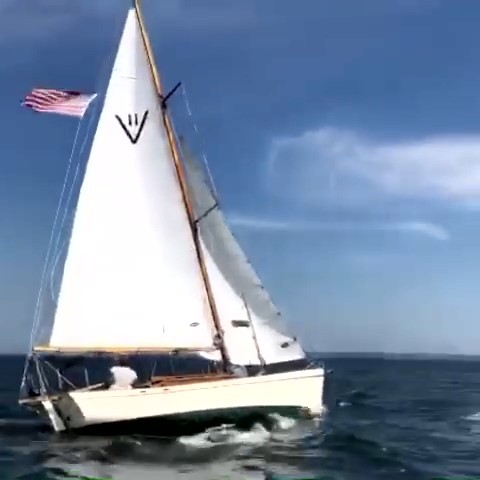 Karesta Ferida is alive and sailing on the east coast of the USA and we are hoping to provide more information about her soon!