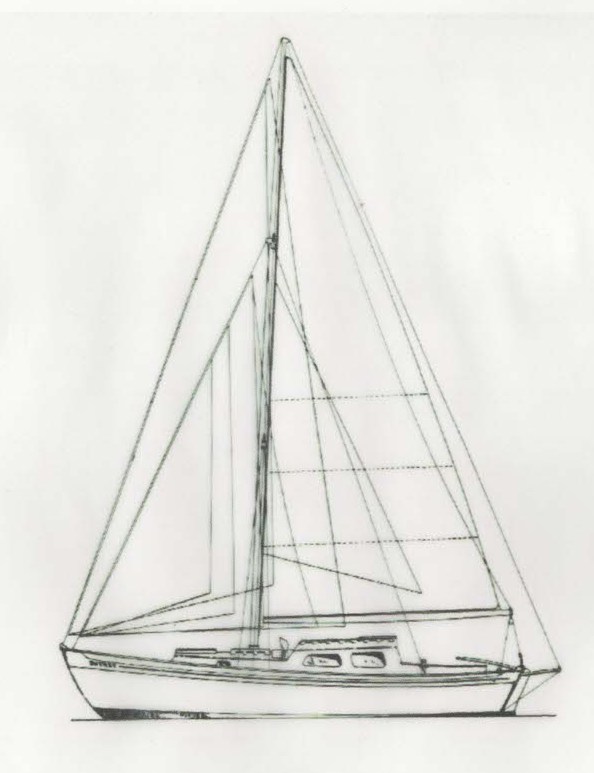 According to Peter Woolass in his 1976 edition of Vertue, John Struchinsky ended his world voyage in Halifax, Nova Scotia from where he subsequently cruised.  It would be good to know where he and Bonaventure went after that.

I’m afraid we have no illustrations of any sort of Bonaventure de Lys, and assume that her general appearance was that of the profile drawing heading this entry.

Further details of the circumnavigation will be added in due course.

George Washburn has just written to report that Bonaventure de Lys was lost in a fire in 2006.  Before then, in 1997,  he had sailed her in the Bras Dor lakes in Nova Scotia, after a three year refit.