Kainui was one of the earlier Cheoy Lee built Vertues to be delivered to the West Coast of the American continent.  Arriving in British Columbia,  she was sailed locally by her first owner, Brian Lowe.  Bought by Peter Kinsey, she made a series of long passages out into the south Pacific and back to Victoria, Vancouver Island.  Her third owner, Russell Heath then sailed her around the greater part of the globe before stopping on the East Coast of the USA, where it seems she has remained.  She was subsequently heavily refitted in the ownership of Steve Garrand who removed her doghouse.  Her present location and ownership are unknown. 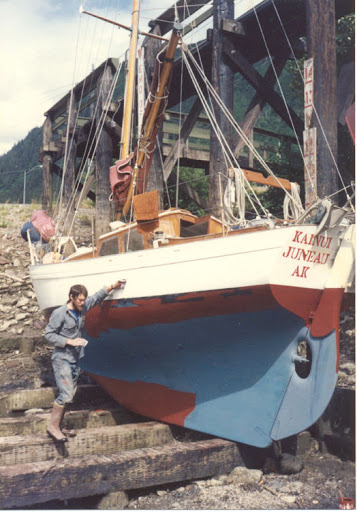 Kainui ashore on the grid for a scrub and antifoul?  Note kedge anchor ready but no propellor: this looks like a serious cruising sailboat. 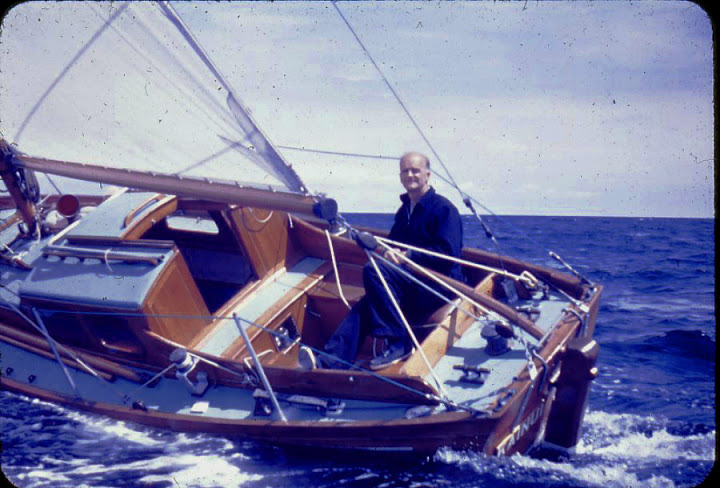 Kainui under way in her earlier days. 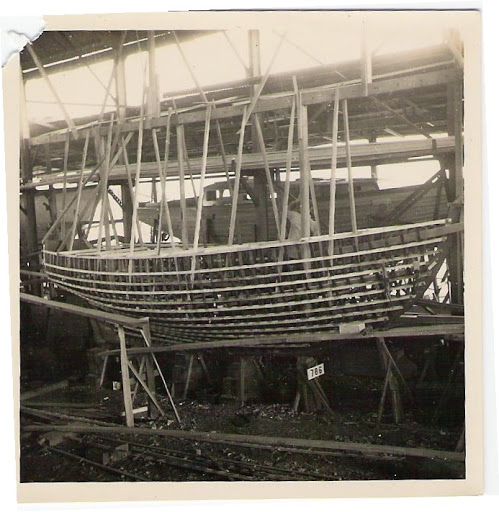 Kainui under construction at the Cheoy Lee Shipyard, Kowloon. 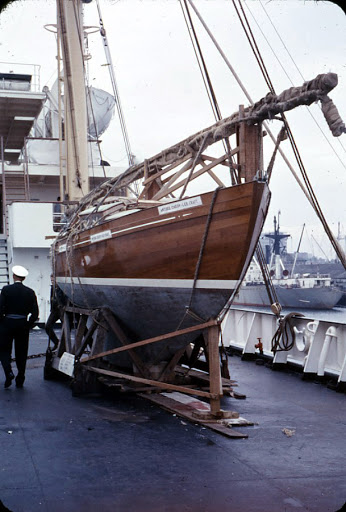 Kainui being delivered as deck cargo to her first home in British Columbia, Canada.