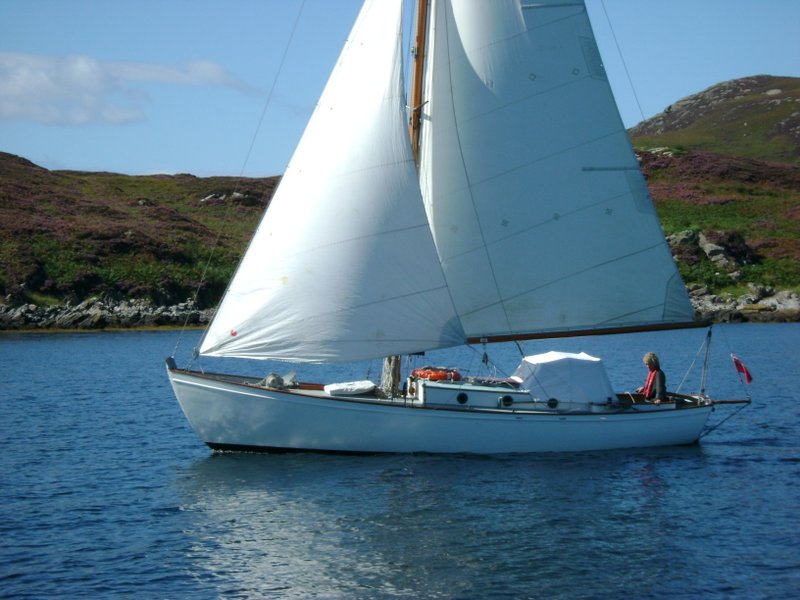 Sally II was the first of many Vertues built by Elkins.
She is very well looked after and documented thanks to her ownership since 1995 by the well-known yachting journalist Adrian Morgan.

Sally was thought to be unique amongst wooden Vertues in having been built without the usual thickened sheerstrake.  Her first owner had owned and sailed a Knud Reimers ‘Tumlare’, followed by a Giles designed ‘Lymington L’ class yacht, both of which were ‘normal’ looking yachts of their time, devoid of such stylistic idiosyncracies.  No doubt when Sally was commissioned it was as a ‘Five ton cruising boat similar to Andrillot’.   However, it now transpires that Karesta Ferida, V11, was also built without the trademark thickened sheerstrake of all the other Vertues.  Both these boats appear to my eye to be slightly more conventional ‘yachts’ in appearance, denying any part of their working boat ancestry.  They are beautifully proportioned yachts with an elegance of  line that Giles seemed to be able to achieve, where many others can only emulate.

It was only after she required a bit of adjustment to her trim on launching, and the subsequent commission for a third boat to Andrillot’s lines, that the designers decided to produce a new, revised, set of drawings, for Monie.  This was to be the first of many such ‘revisions’ of Andrillot‘s original design drawings, which in those days generally meant a complete, physical, re-drafting of the drawings by hand.  Perhaps Sally’s trim adjustment resulted from the lack of bowsprit and associated gear, and possibly lighter masting compared with Andrillot.  The ommission of these extra weights might have been enough to put Sally slightly down by the stern when she was launched, perhaps necessitating the small amount of inside ballast she has carried ever since.  Her owner, Adrian Morgan, thinks that these rigging weights would have been insufficient to have made that much difference and feels that the ballast keel itself was incorrectly proportioned. 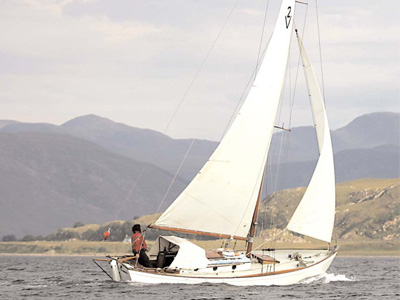