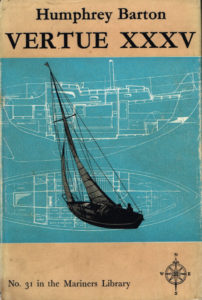 A wonderfully straightforward account of a seriously demanding passage to windward across the north Atlantic in Vertue XXXV, by a crew of only two men. Written by one of the partners of the Laurent Giles design practice that designed the Vertue, Humphrey Barton was a skilled and experienced yachtsman who went on to found the Ocean Cruising Club. 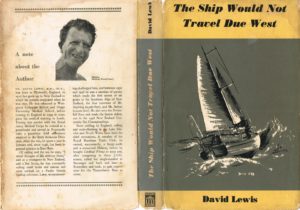 The Ship Would Not Travel Due West | David Lewis | Temple Press, 1961

Dr. David Lewis sailed Cardinal Vertue, V19, across the north Atlantic, single-handed, as one of five competitors in the first of the Single Handed Transatlantic races in 1960. Another disarmingly candid piece of writing which also describes in vivid detail a stormy return passage back to Scotland after the race. 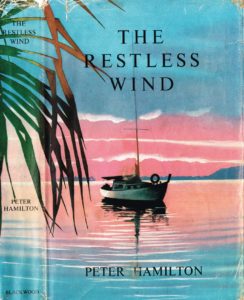 Another single-handed passage from the UK across the north Atlantic, in Salmo, V 20. This is followed by a delightfully romantic voyage, with his new wife, to Tahiti and beyond. 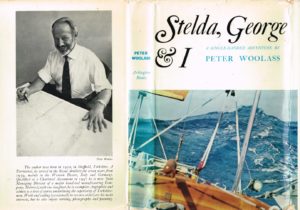 A third single-handed passage across the Atlantic, by the more conventional trade wind route, illustrating a methodical approach to short handed ocean cruising, in Stelda, V 120. Peter Woolass went on to produce the ‘Blue Book’, the standard reference work on the Vertue class up until the 1970’s. 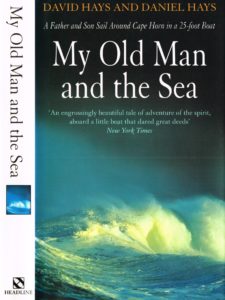 An unusual and sensitive account, by a father and son, of their outstanding circumnavigation of South America with the grp Vertue II, Sparrow. There is some beautiful writing here, especially as the little boat approaches that fearsome stretch of the Southern Ocean to the south of Cape Horn.

A delightful paperback account, modestly told, of the author’s single-handed cruise north up the series of channels that separate Vancouver Island from the mainland of the Northwest Pacific coasts of Canada and the state of Washington. Some endearing information about to his boat, the Ocean Vertue number 142, Kea. Full of references to the original logs kept by George Vancouver, the first European to survey and chart these waterways, in the summer of 1792.