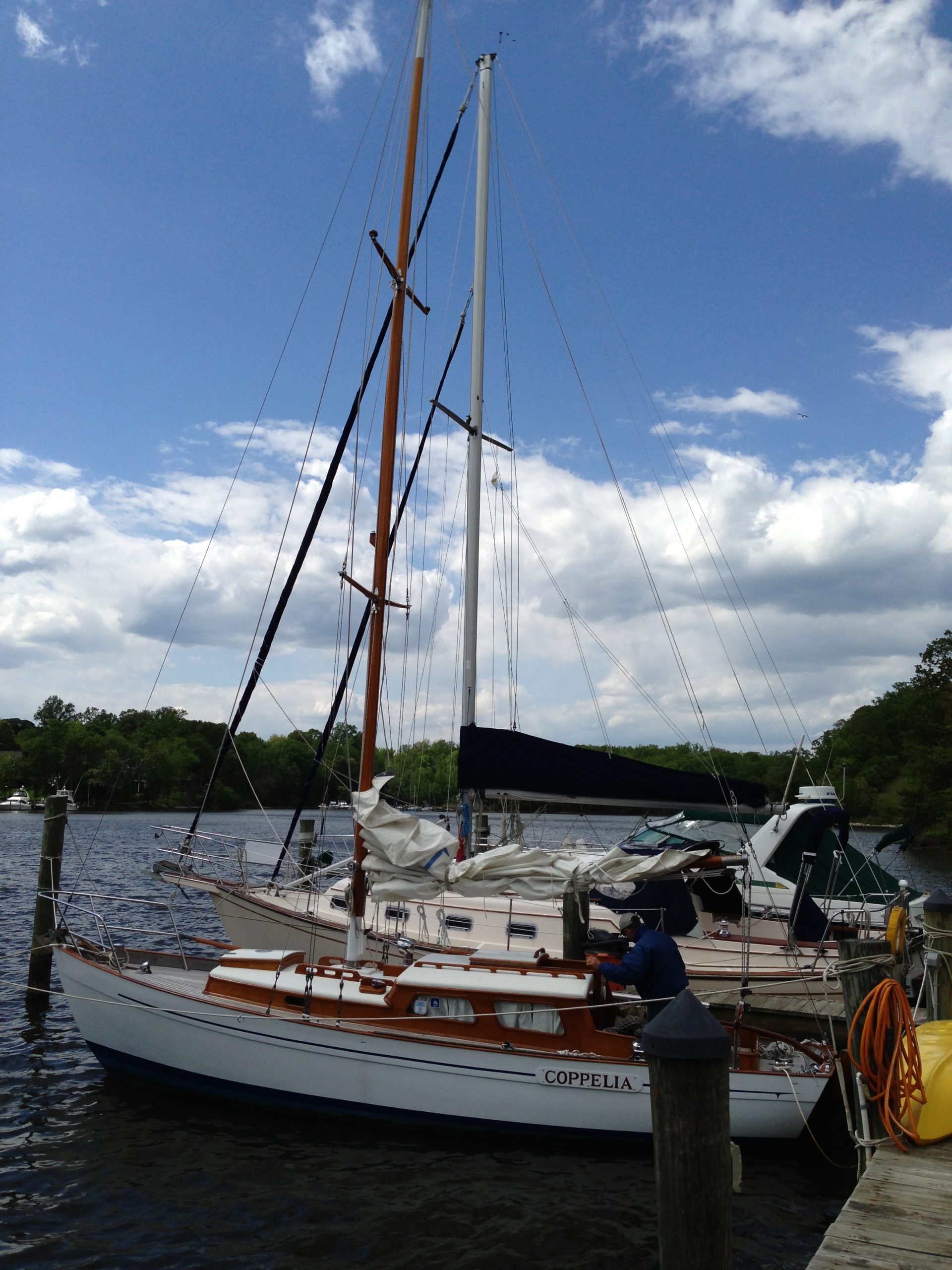 Coppelia is believed to be based somewhere on the East coast of the USA, probably in the Harrington Bay area of the Chesapeake.  It looks as if she has a beautiful laid teak deck. 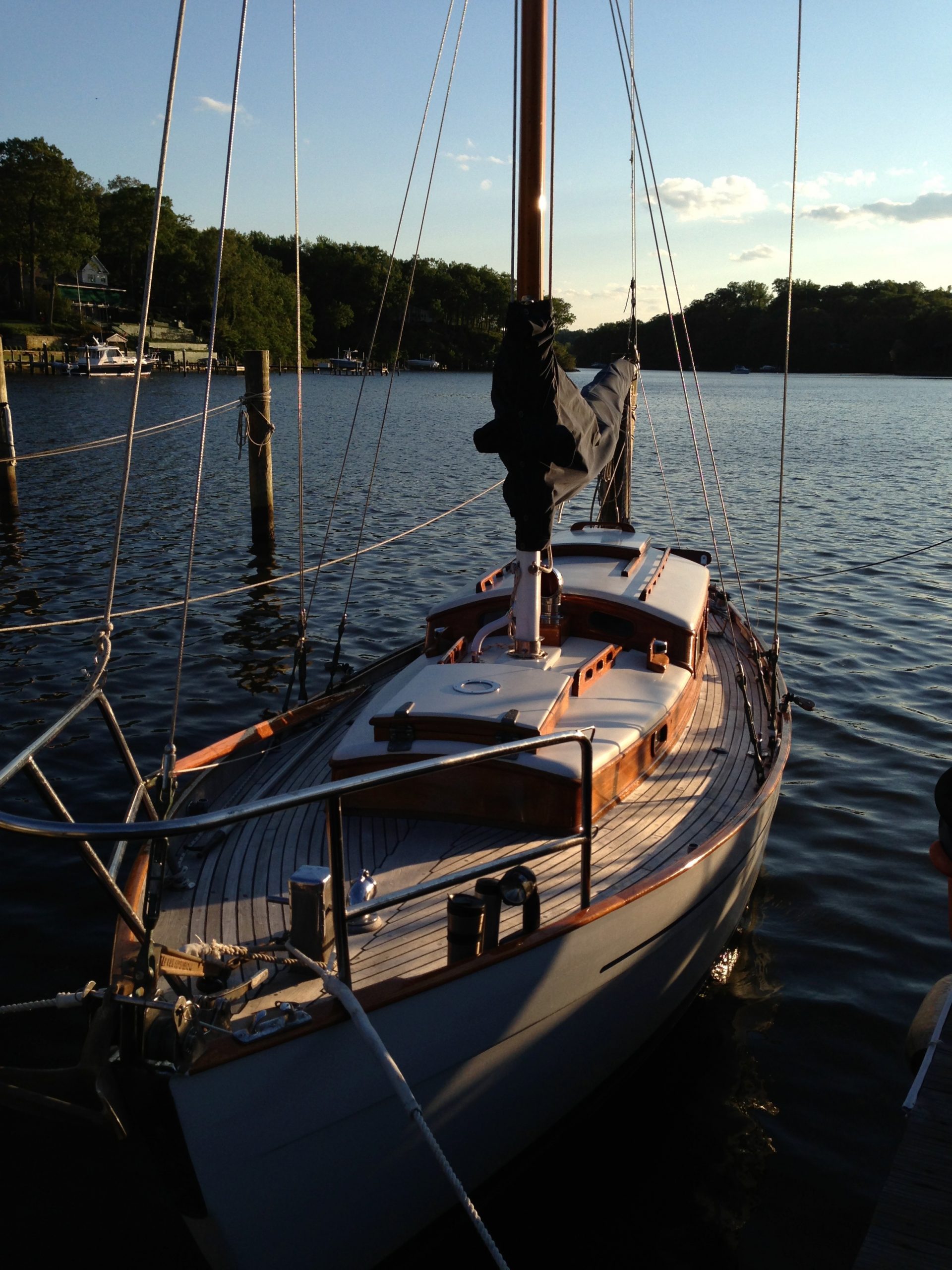 Coppelia was built towards the end of that group of Cheoy Lee built Vertues that were mostly exported from Hong Kong to the UK.  Several went to the US, mainly to the west coast, and some were sailed away from the builders by their owners, such as Vertue Carina.  It is possible that Coppelia is one of these, as we have a note, from somewhere, that she was sailed to San Francisco by her first owner.

Her second owner, Jimmy Buffets, sailed for two or three years to the Mediterranean and then Annapolis.

Her third owner, Len Allen, bought her in the mid 1980’s and worked on her in Annapolis until 1989.  Then sailed to Herrington Harbour on the beautiful Chesapeake Bay.  Subsequently sailed to Key West and the Bahamas and the boat was given another deep refit between 2016-18. (BC Before Covid).