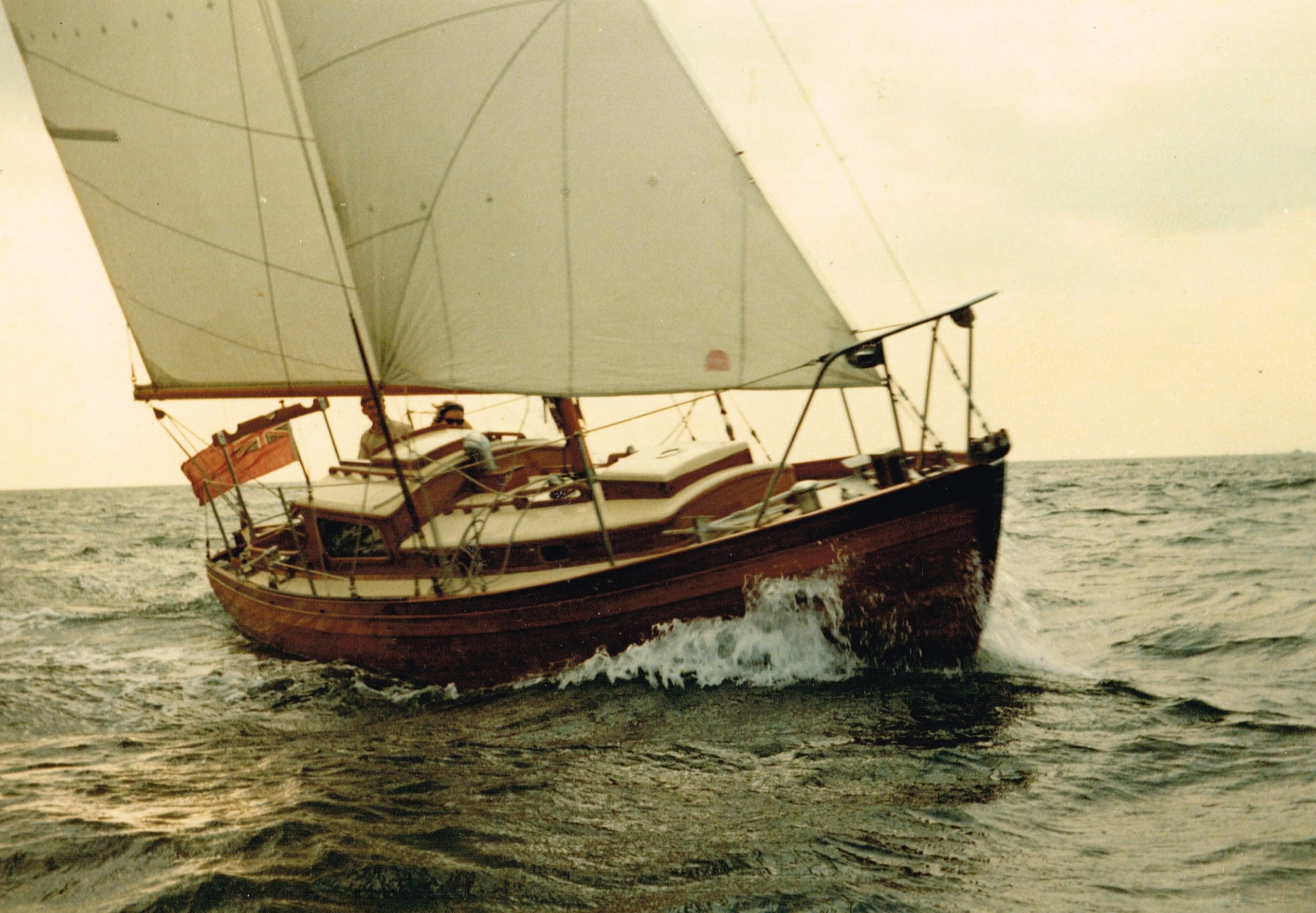 When my father had ordered the first of the series of Chinese built Vertues to be imported into England in 1962 he wanted to find an appropriate name for her.   So he contacted the School of Oriental Studies in nearby Newcastle on Tyne, to ask them if they knew the Cantonese word for ‘Virtue’ and they came up with HOITAK.  He loved the pun!

Until recently I had thought that Hoitak was the only Cheoy Lee built Vertue with a short doghouse.  However my recent researches have revealed that both Aries II and Bettina were also built  there with the earlier ‘short’ style.  Bettina, however, also has a long cockpit which is more suited to her racing lifestyle in the northern Adriatic. 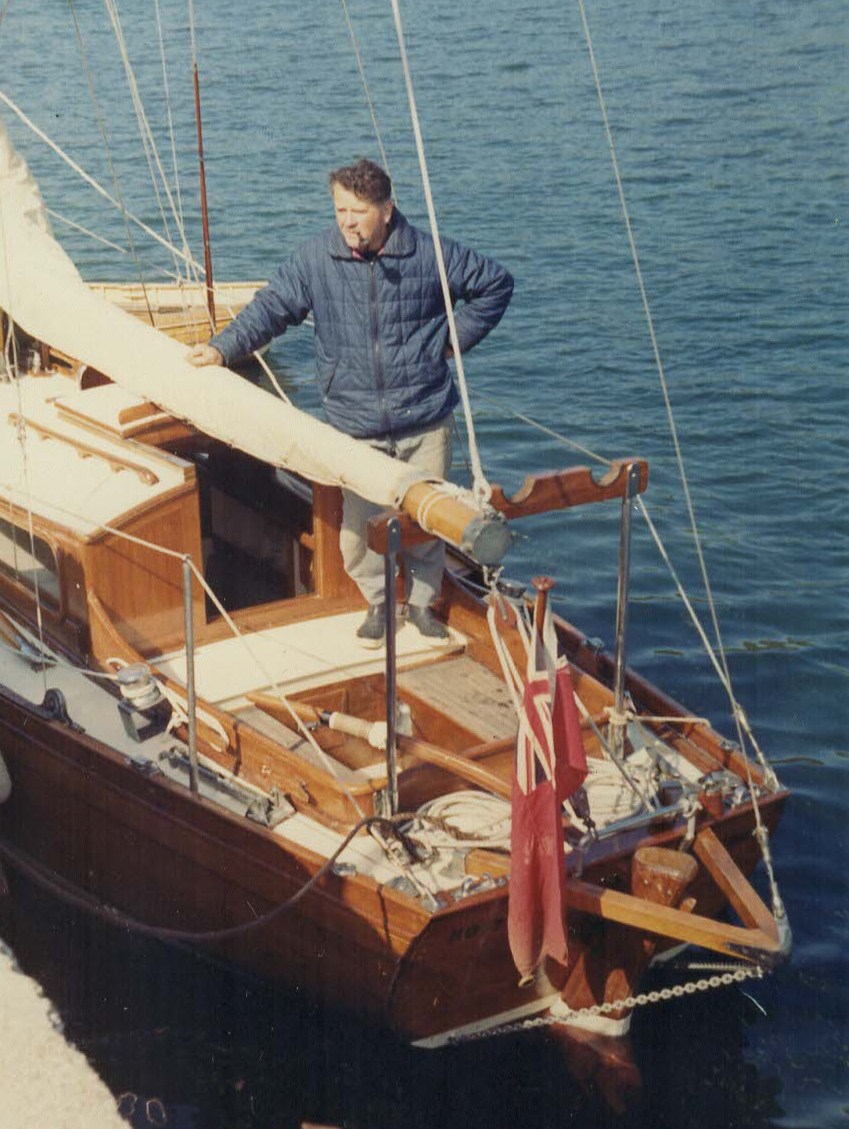 Hoitak had plenty of varnish to keep up during her first few years!   Here my father smokes his pipe contentedly aboard his pride and joy. 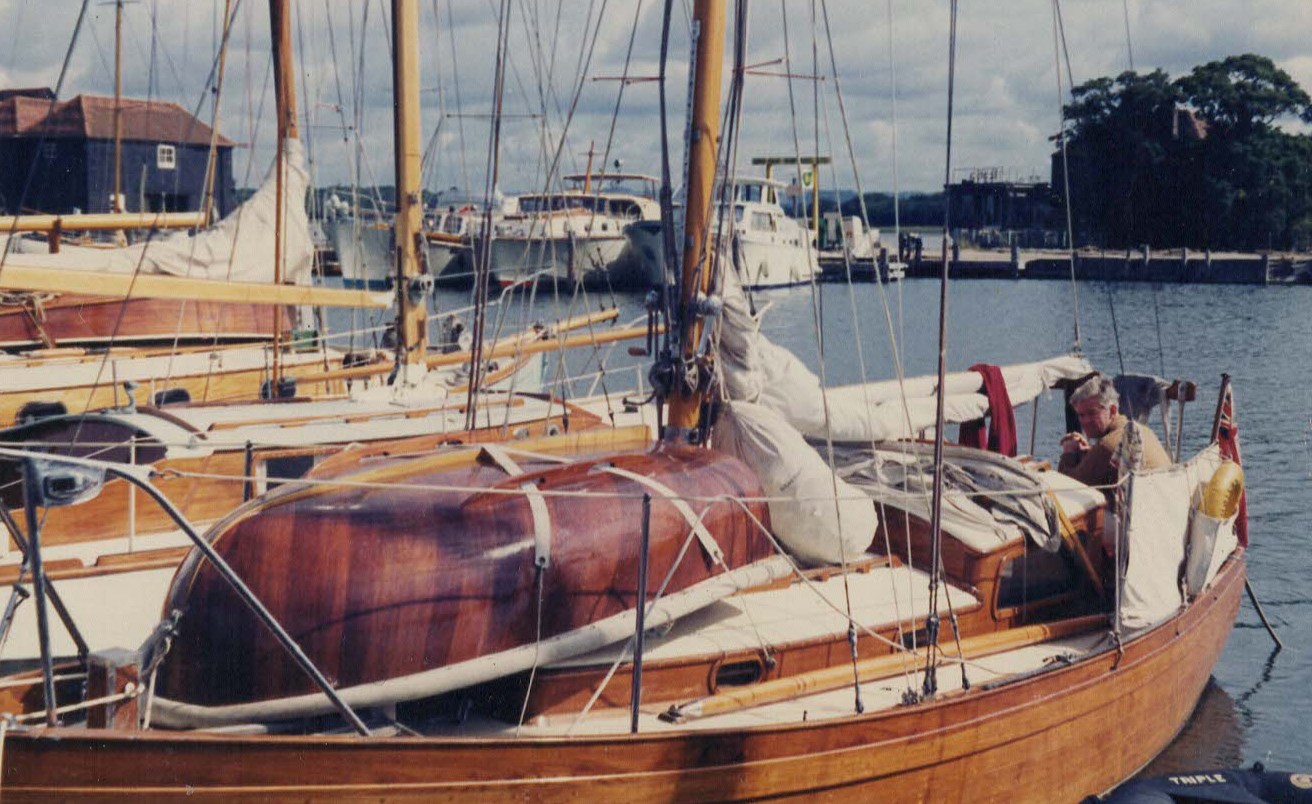 After ten days in the dry heat of the London Boat Show at Earls Court, in January 1963, it was good to fit Hoitak out at Birdham Pool, ready for her maiden voyage up the East coast to Whitby in Yorkshire.  Her beautiful little cold moulded dinghy from Souters graced her foredeck, when on passage, for several years. 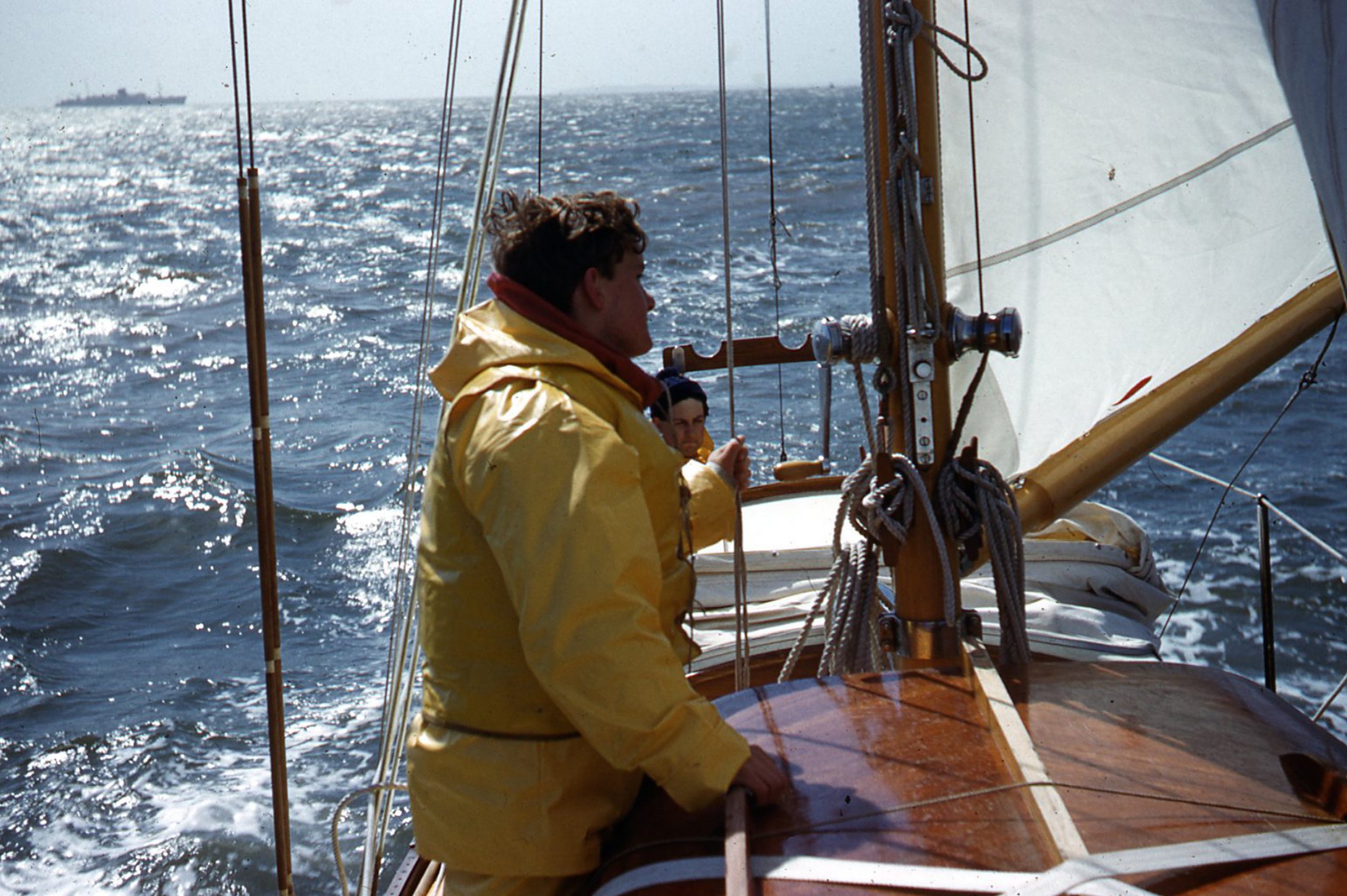 Heading  up the North Sea with a fair wind, I get an early taste of cruising at the age of 16. 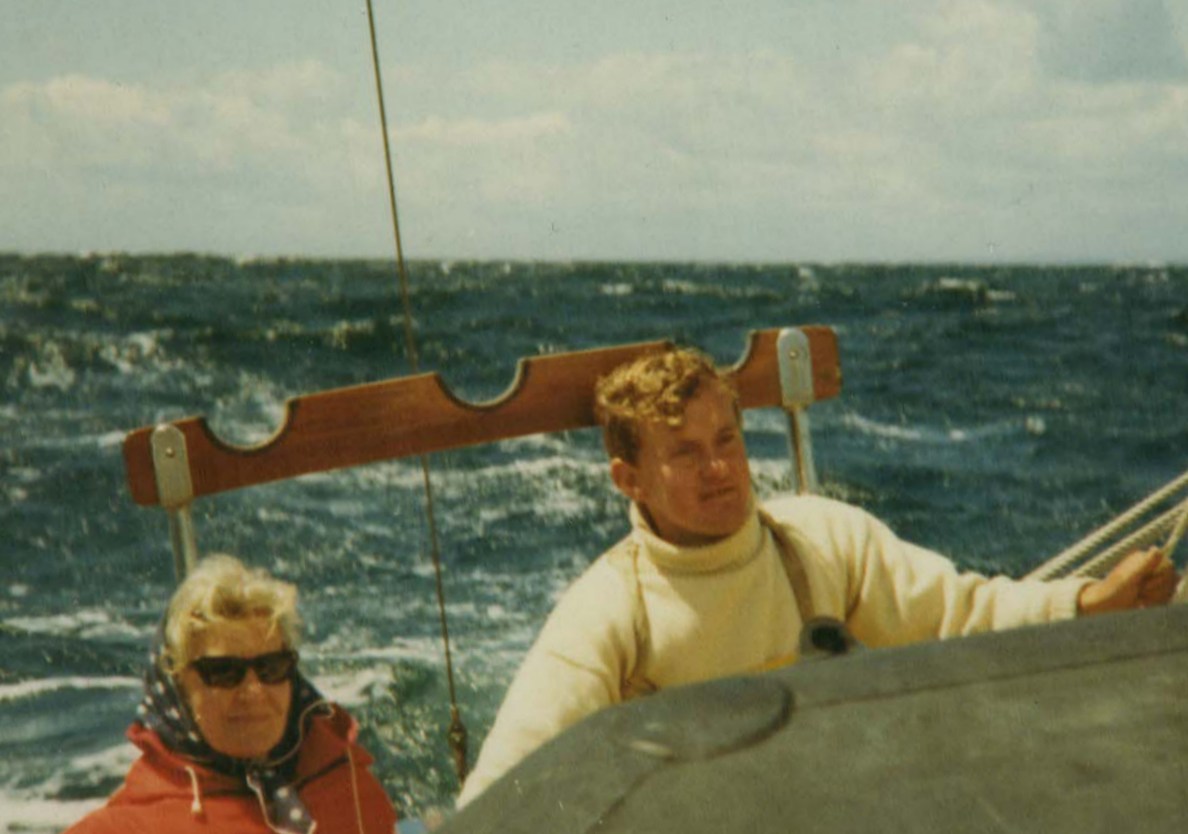 Another fair wind on our way to France. 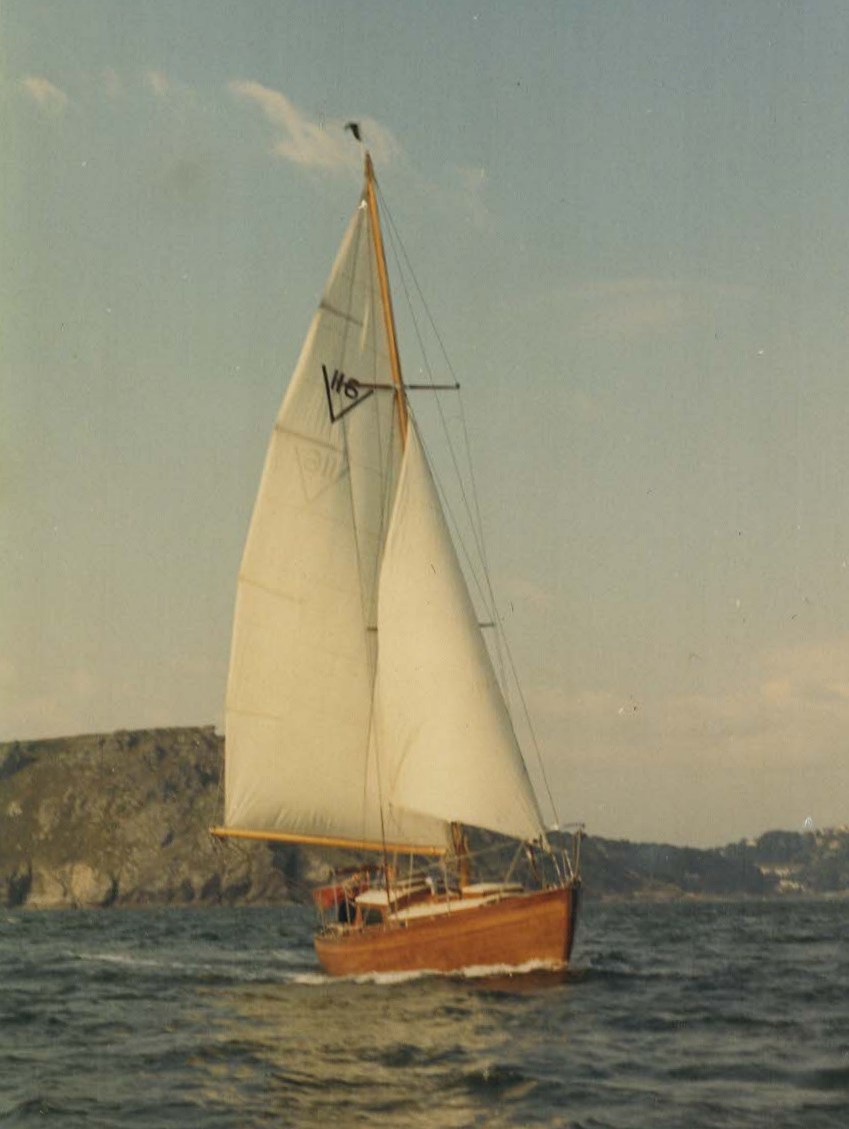 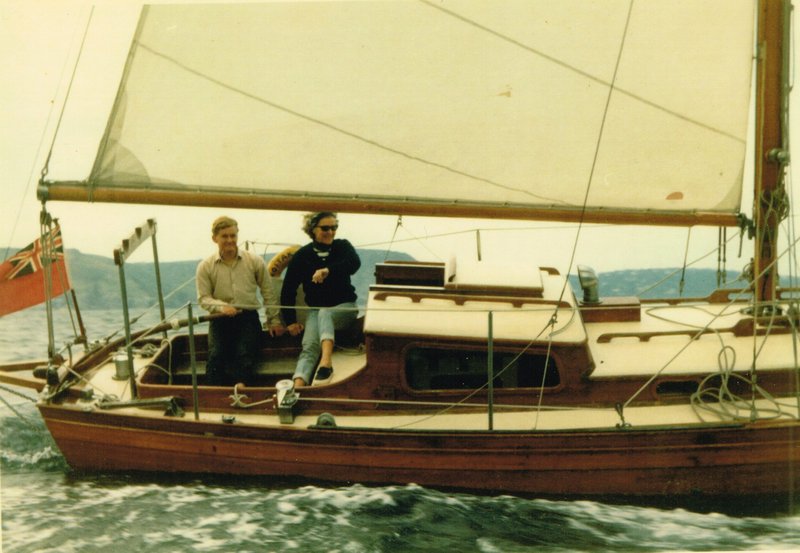 Hoitak sailing off Salcombe in the 1960’s. (please ignore the halyard that had dropped off it’s cleat!) 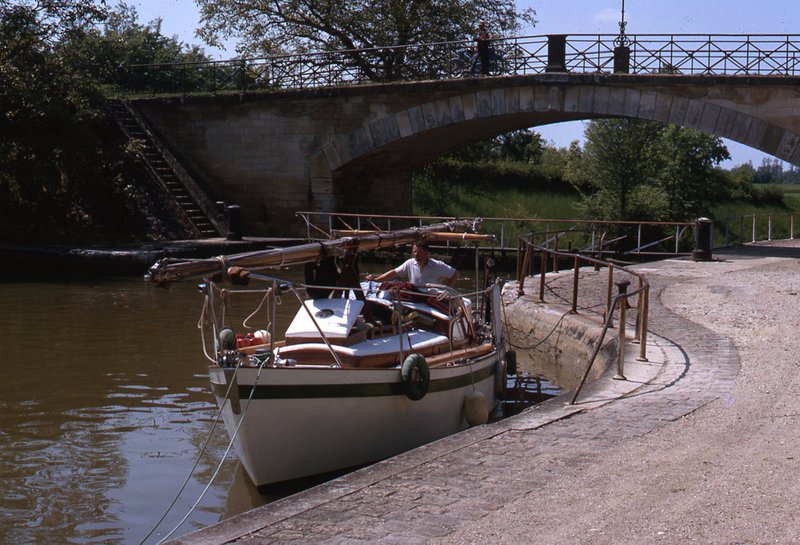 Hoitak‘s longest cruises so far have taken her to the middle of France!

I lived aboard her during two winters in the later 1960’s as a student.  Since then she has changed hands several times.  Now she is based back in Lymington, only a few hundred yard from where she was originally designed, in Jack Laurent Giles’ office at No 4, Quay Hill. 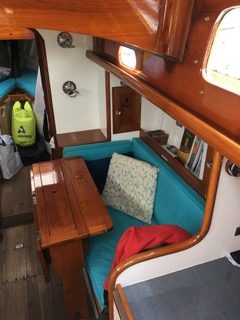 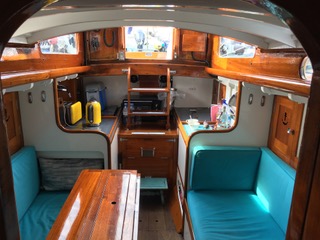 Recent photographs of Hoitak show that she is beautifully looked after.  It is possible to stay aboard her overnight as an ‘airbnb’ guest!